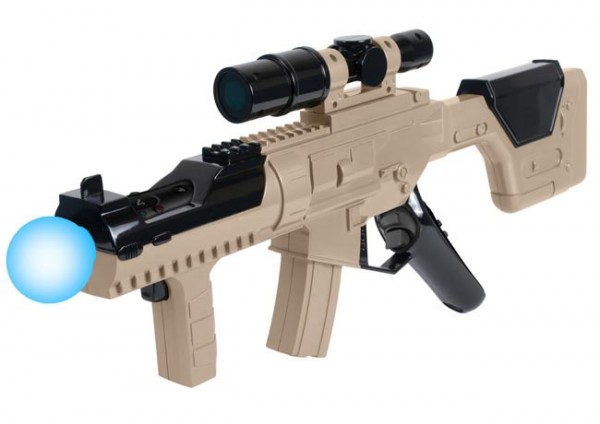 The Submachine Gun allows you to play shooting games, and even light warrior games within the confines of your dorm or studio apartment. The PlayStation Move makes it possible for you to simulate real shooting movements and the quasi futuristic styling would create a faux-military ambience.

The only complain that I might have is that the Submachine Gun is not black in color for that would have looked quite real. This could only signal that there would be several more accessories coming our way which would make use of PlayStation Move. You might also want to read about the PlayStation Teardown, which reveals what is inside the device, and how you could change the innards to modify or customize your Move device.