At Konami’s 2011 Pre-E3 Show, the acclaimed video game director Hideo Kojima, creator of the Metal Gear Solid saga, one of Konami’s vanguard titles since long, presented a new technology his team has been working on since his masterwork reached the end of its story. Not with a new game as could have been expected, after more than ten years of solely directing Metal Gear games (and collaborating in other ways as well), Kojima sensei has come up with the “Fox Engine”: a Kojima Productions original, next-generation, multi-platform gaming engine. 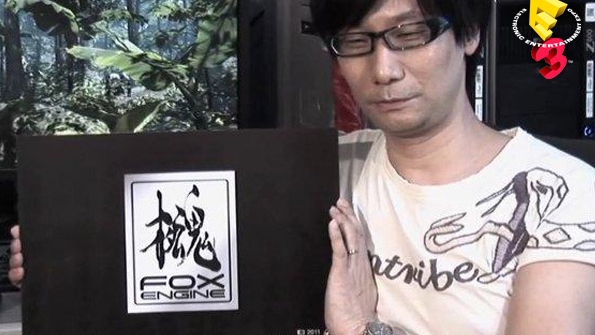 Work on the project begun not long after “Metal Gear Solid 4: Guns of the Patriots” was released, and was carried further on alongside the development of “Peace Walker”. Up until now, Kojima Productions has been releasing titles exclusively for certain platforms, but with this new engine, designed to run on PS3, Xbox 360, PC, and other advanced gaming platforms (Vita, maybe?), the team’s project to go multi-platform has paved its road. This new technology may also make possible for the team to come up with great looking titles in shorter amounts of time. 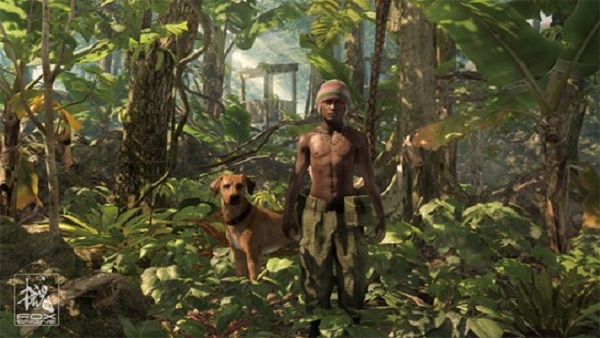 Some of what the Fox Engine can do.

A game fully-developed on this technology could not yet be presented to the world, as Kojima doesn’t want to reveal  his project as of yet. Instead, a demonstration of the engine’s capabilities was shown, by means of what appears to be a demo of what could or could not be a new game running on the engine in real time. The item placed on stage for research purposes included a kid running through a jungle that kind of resembles that of Snake Eater, along with a horse and a dog, all astoundingly detailed and represented. 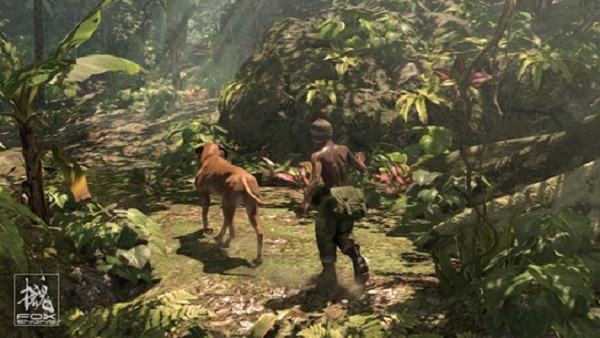 I already like this South American-looking character. Will there be a game about him?

Though we can’t know if these images correspond to it, Kojima himself is directing a game that’ll work on the “Fox Engine”. It’ll be released on multiple platforms and will feature “Transfarring”, a new PS3-to-NGP cross-connectivity. 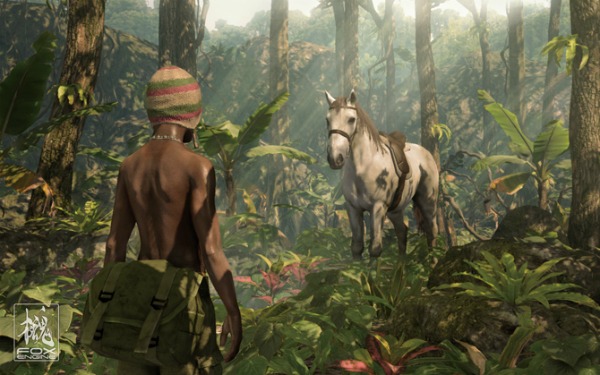 Here we have the interview on Hideo Kojima in which these images were shown, courtesy of IGN.