The Japanese gaming magazine/website Famitsu gives us an early glimpse at the next Ninja Gaiden game by Team Ninja, with very bloody screenshots. 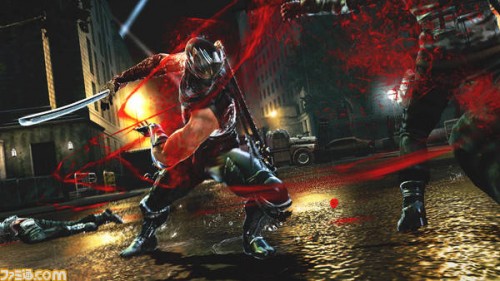 All the symptoms for a Ryu Hayabusa hack-and-slack adventure are finely presented here in these pics – blood smeared everywhere like the inside of a slaughter house and cool stylish ninja moves like a baseball slide and a wall climb. Beyond that though, not much else in precise game details – really, since the game’s announcement at last year’s Tokyo Game Show, Team Ninja has been playing pretty tight with info. 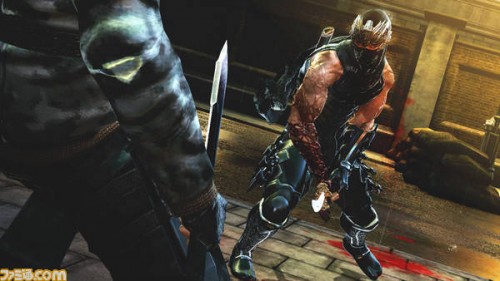 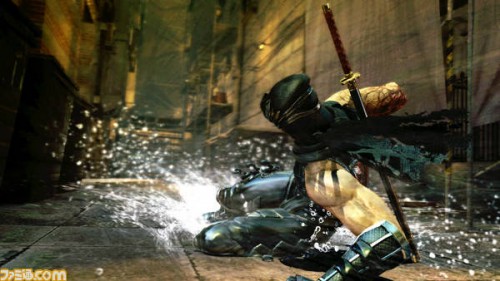 What has been siphoned about Ninja Gaiden 3, from various interviews with Team Ninja and producer for the game Yousuke Hayashi, is that the concept for this title has been labeled as “Japanese Dark Hero.” So far what this means is that the game will peer into the inner-workings of our ninja hero as he ventures into a hellish realm – I’m guessing more ninja-dogs.

Looking closely at the Famitsu images though, you might see what they may be referring too, as Ryu’s right arm looks to have caught something mighty demonic (or perhaps he’s been polishing his katana a bit too much if you catch my drift.) According to Yousuke Hayashi, Ryu’s right arm plays a central role in the game’s story. Not that you’ll notice it anyway — I mean seriously who plays Ninja Gaiden for the story? Haha story, nice one Team Ninja. 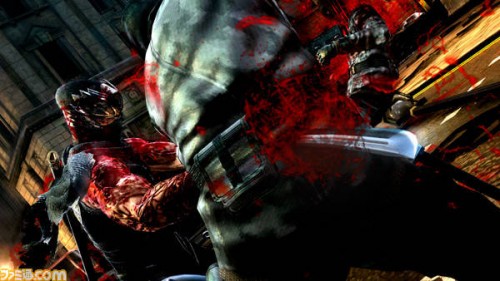 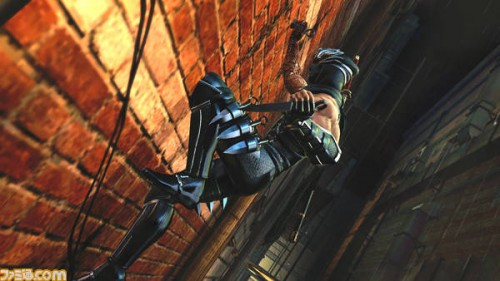 One important thing that isn’t a laughing matter, at least for dedicated fans of the Ninja Gaiden series, is difficulty. Early on, there were anonymous reports that Ninja Gaiden 3 would be more “casual friendly” — usually code words for some as “dumbing down.” Well if you like your Ninja Gaiden games as masochistic as humanly possibly, then you should be delighted to know that it won’t be “dumbed down” in any way.

Instead, Ninja Gaiden 3 is being fashioned in away that will be both accessible to newbies and veterans. We don’t know in what way yet, but it will be very interesting to see what changes they make in order to achieve that goal — we’ve already heard that the weapons store, a key component to previous Ninja Gaiden games, is being replaced by a weapons upgrade system, so maybe that might be one piece to the puzzle.

I’m sure Team Ninja will offer up some new details to clear up everything at E3, which is only days away. There will be a lot of great things to see, including Ninja Gaiden 3 and the reveal of the Next Generation Portable.