Check out a little montage of games that might launch right along with Sony’s newest handheld. 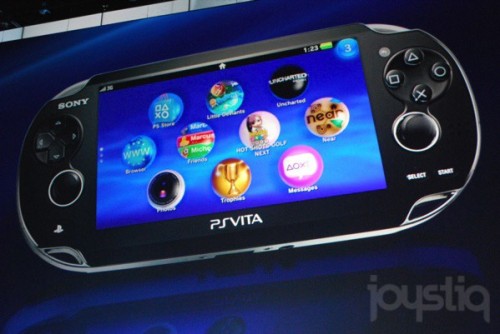 We know the price, we sort of know the launch date, but when it comes to the PlayStation Vita‘s potential game lineup once it becomes worldly available, things in that department where a little cloudy on Sony’s part when they went into deeper details about their PlayStation Portable successor at this year’s E3.

Right now there’s only about a handful of announced projects on cue for the PSV, the most noticeable being Uncharted: Golden Abyss (which I’ll address later) and Wipeout 2048. At Sony’s presser though, they did manage to show a brief trailer that gave us a little insight as to what games we could fully expect to see when the system debuts by the end of this year.

Just in case you couldn’t tell what was what, I’ve patiently from start to finish listed what was shown in the video above:

The games above are currently still in development, and as such, the information I’ve collected here can change instantly without notice, so please don’t take my list as the be all end all.