A brand new Armored Core V trailer was presented at E3 2011, giving us something to long for as we reminisce about the good old times. 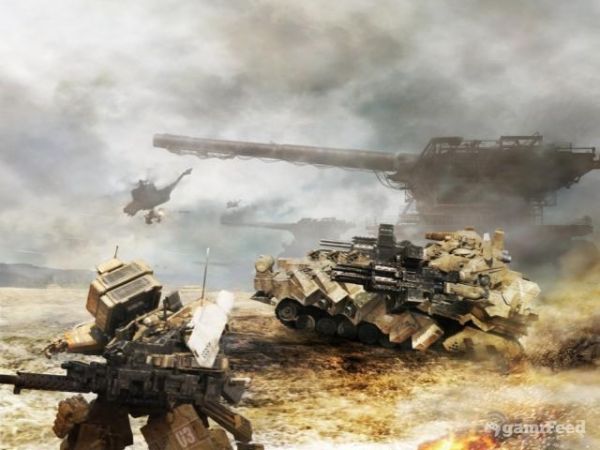 Sadly, the new trailer doesn’t provide any gameplay action, but we get to see some cool cinematics. The sharp graphics and realistic designs make it look like heavily armored gigantic mechs with devastating firepower are actually possible. What is there to expect from this new game? Not much has been revealed so far, but we know what we want when we play AC.

Back in 1997 when the first game was released on the PlayStation One, we got to see something quite new regarding what mech action games provide. Not quite happily though, the game’s sequels have been deemed of lacking new features: they’ve been more of the same since long, hence the not-so-good reviews the last two games have had.

But the promise is still there, and in honor of what the past games have given me, I just have to put my hopes up for this next one.

Armored Core games often involved a post-apocalyptic world run by opposing corporations, in which the player would assume the role of a mercenary AC pilot. The pilot was not meant to be shown, nor did he/she have any dialog lines though his/her employers, allies and rivals would sometimes send mails. No, the pilot is not a character, and therefore does not have any development: the pilot is YOU. Checking mails, accepting missions, taking routes depending on which faction you prefer to serve, customizing your AC (you can even choose its paint!), and participating in the Arena against other AC pilots make it seem like you’re actually the protagonist.

Throughout the games, the different factions at dispute would hire your services, sending you into missions more and more dangerous as you gained reputation, finally unveiling a terrible danger that only you and your unparalleled skills could put to an end. Completing missions earned you with increasingly juicy rewards, which allowed you to buy new parts for your AC. Earning reputation with a faction would sometimes make your employers happy enough for them to send gifts, like prototype parts that can’t be bought. Thus your AC could become more and more powerful, enhancing different types of abilities, as well as weapon and armor types to suit your mech for different combat situations or specialize in different combat styles. Thick armor, light armor, powerful boosters, machine guns, shotguns, handguns, rockets, heat-guided missiles, plasma guns, humanoid legs, bird-like legs, crawler tracks, radars, jamming devices, cannons, laser swords, melee weapons, and cool designs: your choice.

Enough with the nostalgia! Up with the new! Let’s seat back and enjoy the new Armored Core V trailer:

If you’ll excuse me, I need to get on my AC and go blast a few things.

While I’m gone, check out other mech games like Front Mission Evolved, or other warfare games like Call of Duty: Modern Warfare 3.