Could a New PS3 Jailbreak Be on the Way, Thanks to the iPhone?

A PlayStation 3 jailbreak via iPhone may be very close thanks to the Dev-team’s MuscleNerd.

About two weeks ago we saw a PlayStation 3 jailbreak that was possible via a special USB dongle that connected to the PS3. It was inefficient at best. The device was overpriced, had to remain in the console at all times and stood somewhere in the middle of a very fuzzy line between what may be considered legal and illegal (Since we know what “backups” typically means. Seriously, who are they kidding? Not that we are judging, but don’t put a candle on a turd and call it a cake.) 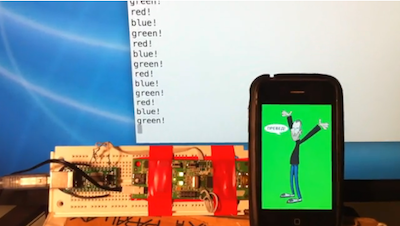 However, this new update is based on a free jailbreak that was released earlier this month called psgroove. It was open-source, so by grabbing a lump of code and an AVR USB development board, it was possible to jailbreak a PlayStation 3. The interesting part, though, is that this jailbreak does not support pirated gam–uh, we mean backups.

Of course, as we mentioned, users who wanted to run the jailbreak had to obtain that AVR board. MusleNerd was able to get the jailbreak backported to the iPhone. In a video he recently posted, he shows that the iPhone can send commands to his desktop computer via USB.

What does this mean? It means that the iPhone can more than send the commands to the PS3 through its USB port to run the jailbreak.

It may be kind of cool since many people own iPhones. Not many of  us have AVRs though. It’s also neat that the jailbreak in this scenario doesn’t support backups. Though we are interested in knowing how successful it can be. We have a feeling that a good portion of those who want to jailbreak their PS3 (We’re not saying all) simply want to play backups that they’ve aquired for free.

For the instant fix, which Sony has already killed with an update, check out the PS Jailbreak Dongle, or you can just have a look at our favorite PS3 mods done by fans.