Need another reason to pick up a PlayStation 3? How about a PS3 console bundle featuring one of the best-selling games of all time, Call of Duty: Black Ops. 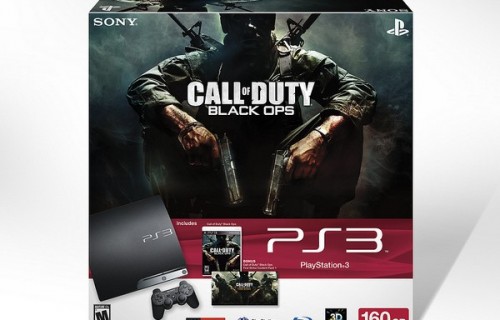 The Call of Duty series, despite what you might think about its quality (or lack there of,) is one of the few names in gaming that universally transcend beyond the deep do-not-trespass borders of gaming geekdom. The name has become has become so synonymous with video games, especially explode-y bullets-flying-everywhere ones. It’s this prevalence through the Wal-Mart mainstream which has in no doubt brought in the endless supply of money trucks for Activision.

The current iteration – Call of Duty: Black Ops – astonishingly sold more than $7 million copies worldwide just 24 hours after it launched back in November 2010. As of now, it’s reported that those sales hover well above $1 billion – yes, I’ll say that again if you somehow got light-headed hearing it the first time – one billions dollars. With those kinds of mind-bending numbers, you would think a company might be more inclined to give out a free copy every now and then, oh like in a limited edition console bundle. Honestly, I’m pretty sure that’s not the reasoning behind this very occasion, but such a thing is happening with the announcement of a Limited Edition PlayStation 3 Call of Duty: Black Ops Bundle. 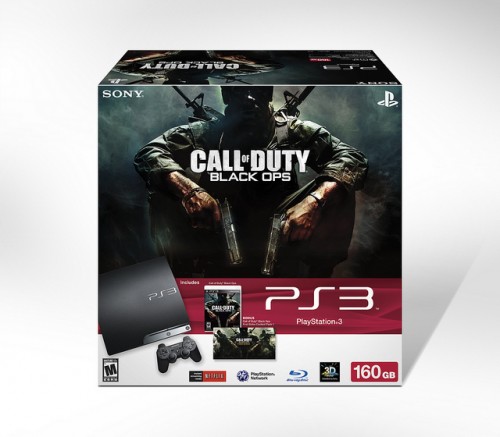 Coming soon on May 31, retailers everywhere will start selling the Call of Duty: Black Ops Bundle – featuring a 160 GB PlayStation 3 system and a copy of the blockbuster critically-acclaimed Call of Duty: Black Ops. Oh but wait, this special bundle has more feathers in its cap than just a PlayStation 3 and a free game though – because included in the box is the First Strike Content Pack – a downloadable add-on that includes five multiplayer maps and zombies (thankfully, online is back for the PlayStation Network for you to enjoy that.)

Seriously, a best-selling game ever, a PlayStation 3, bonus multiplayer content, and zombies – what more could anyone ask for?! And better yet, it’s all for the regular price of a stand alone PlayStation 3, $299.