Batman’s tux-wearing flightless bird foe, the Penguin, appears for the first time in this Comic-Con trailer for Batman: Arkham City. 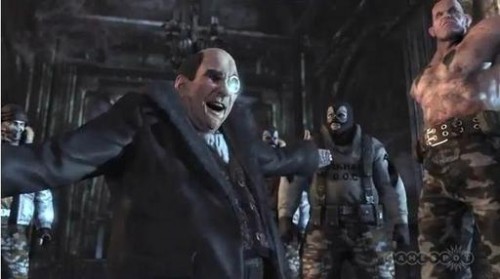 Holy double dose of awesome Batman! The latest trailer for Batman Arkham City, arriving in stores October 18, 2011, not only marks the RockSteady Studios debut for one of the Cape Crusader’s greatest nemesis, the Penguin, but also a classic callback to a DC Universe baddie.

I’ll let you figure that last one* on your own by watching the Comic-Con 2011 trailer below. Where you’ll also see a good dose of the Penguin, who surprisingly is now from the merry ole’ land of England, getting into a brief conversation with Bats. How cool! (See what I did there.)

These path-crossings with other familiar foes will be a frequent occurrence throughout Arkham City. And depending on where you venture throughout the amazingly vast maximum security confines (believe me it’s a huge stretch of land,) you’re bound to run into the Riddler or the crown-prince of crime himself, the Joker.

Batman won’t be the only vigilante on the streets though — you’ll also share some screen-time with the Catwoman, as she’ll show up every now & then, thieving her way into nine-lives risking situations. She plays quite differently from Bats, in that she’s much more agile in her combat skills, using her claws and signature whip to take down enemies. 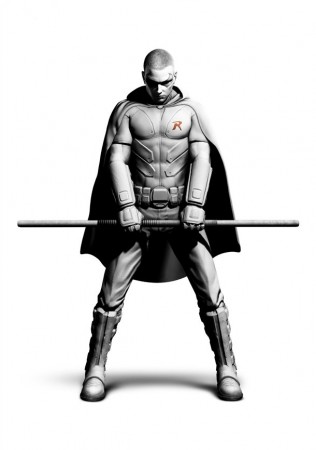 And while limited in the Best Buy pre-order exclusive challenge pack, the boy-wonder himself, Robin, will also appear in Arkham City, even though he looks straight-casted out of the 1997 Batman & Robin movie. Yeah, I know, not a resounding vote of confidence about that description, but cross my heart, in no way should the holy poo poo of that movie will ever work its way into this video game. I hope.

While we’re on subject of movies, or rather video games that could be movies, I hope you managed to check out the Comic-Con 2011 panel for Uncharted 3: Drake’s Deception. It’s a great watch and features a short clip from the game, which supports a bevy of multiplayer options!