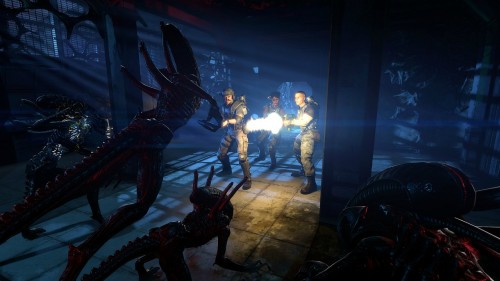 In space, no one can hear you scream. And with the upcoming multiplatform Aliens: Colonial Marines, the Plano, Texas based developer Gearbox Software, famed for their Brothers in Arms and Borderlands creations, hopes to continue that extra-terrestrial fright-night legacy in a first-person shooter based on the popular Aliens’ film universe.

Aliens: Colonial Marines is still half a year away or so from meeting its Spring 2012 deadline, but Gearbox Software has been ever so kindly recently with sneak previews from the game. Which, takes place after the events of Aliens 3, where a Colonial Marine search & rescue team has been sent to investigate the U.S.S. Sulaco in search of Ellen Ripley (a.k.a. the greatest sci-fi heroine hands down.) 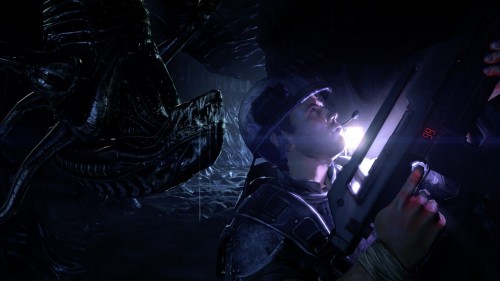 More of a good part of Colonial Marines gameplay will be squad-based – a certain aspect that sounds made in heaven (or hell?) for a series of movies that usually involves using military-trained personal to cover ground, inspect foreign areas, and take out whatever fierce nasty Facehugger or Queen Alien stands in their way. You’ll even at times play a tower-defense role, protecting a specific location by using tactical positioning and turrets.

There will certainly be multiplayer (how could you doubt it) in Colonial Marines, including two-player cooperatively play with an option for split screen, but as for deeper details, Gearbox is still holding their cards to their chests tight. But again, that sneak preview I was talking about a minute ago is drat good enough to hold gamers over till more insights become available.

Even if it wasn’t actually released by Gearbox themselves, but was leaked instead on YouTube. Hey, I ain’t complaining!

The PlayStation 3 not so long ago updated its firmware to v3.70, and with it came a new TV/Video Services catalog that now includes $0.99 movies & TV show rentals, plus one of the best NFL watching packages in NFL Sunday Ticket.