Uncharted 3, one of the most beloved exclusives of the PS3, is now becoming free to play in its multiplayer variant. At least, partially. 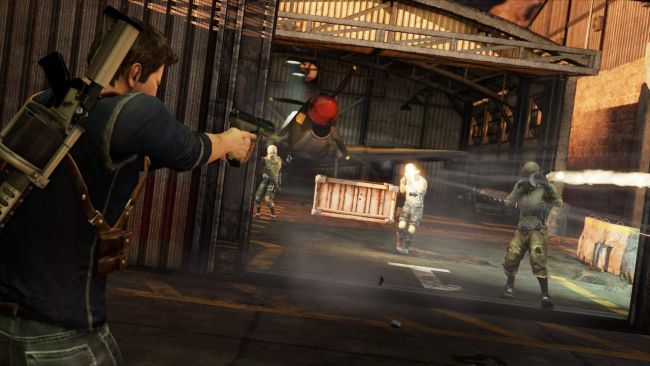 Some gamers had claimed that Uncharted 3 was just not as good as Uncharted 2, but one aspect where the experience was genuinely improved was it’s big, addictive and kickass multiplayer modes. And from now on, that same experience is available for every gamer with a PS3, whether they own the game or not. By just going to the PS Store, the game can be downloaded right now, and players get to jump right into the action.

Here is how it works: The Uncharted 3: Drake’s Deception Core Multiplayer Experience is available to anyone with a PSN account, and allows players to access the multiplayer modes up to level 15 completely free of charge. If players like what they see, then they can get level-cap unlocks and co-op missions, or straight up get the Uncharted 3 GOTY Edition with all 12 DLC maps, co-op multiplayer modes and character skins. In creative strategist Eric Monacelli’s words, “Purchase the digital version and you will essentially be getting the single player game free”.

The add-on cost, according to IGN, would be as follows:

One final cool detail (particularly because we’re so close to the end of the month) is that Robert Cogburn mentioned the game would feature retroactive leveling past the cap. This means that if you just keep playing at level 15, and wait until the next paycheck to purchase a cap unlock, you’ll jump ahead as many levels as you originally would have with the points you have been accumulating.

You may want to check some of our other news, stories and features such as The Playstation 4 Is A Reality And Coming In 2013 and The God Of War: Ascension Official Live-Action Trailer Is Awesome.