The latest game to hit PSP is the Unbound Saga. The game is one of the best brawlers ever and is inspired by Vogster’s comic books. The game will be directly available on Playstation Store for digital download this July 16th. The game has a comic book feel to it and is one of the fist third party PSP titles to launch games digitally for direct download on the PSN. 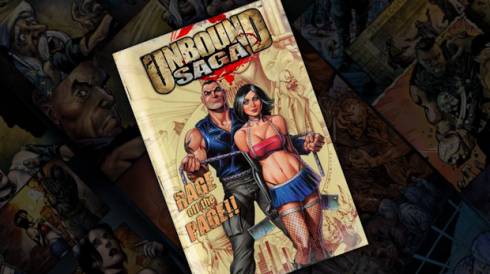 Now games will perhaps be directly sold to players instead of going through middle men and retailers, which causes not only delays but also extra expenditures for both the developers and players. You can go ahead and play as Rick Ajax and Lori Machete. The story line dwells on their journey to meet “The Maker”. Rick’s suspicion that he is trapped in a comic book is similar to the 1980’s music video of A-ha, (Take on me and The Sun Always Shines on TV).

The Maker will make things difficult for Rick Ajax who tries to get out of the comic book realm fighting his way out. This arcade style brawler is sure to be a great success and has even gone gold already. It would be released in Europe on 23rd of July. The other brawler that we had written about recently was the Fight Night Round 4. The game comes packed with unconventional fighting styles.