Docking station chargers are very handy and useful, so if you want to be a part of the PS3 maven community then you should get yourself the cool new Twistdock PS3 docking station. 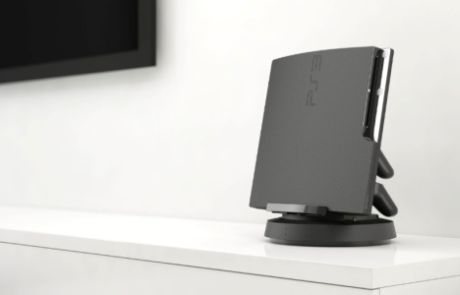 Nintendo Wii players have been fortunate to have docking station chargers available for that particular video game console for a while now – others were meant to catch up soon, and so now PS3 players have the Twistdock docking station charger available for themselves at €79.99 ($97) says Gadgetlite. USB charging ports and options are always available, but  when you are in the mood for non-stop gaming and you keep playing while recharging your console at the same time, you do not want to get hung up on wires lying all around, instead you would prefer to have a neat gaming zone where you can get into the gaming groove, and this new Twistdock PS3 docking station provides you with that kind of freedom.

You should also take a look at some of these cool PS3 accessories like the PS3 4 Port USB charger and the Twisted PS3 Game Controller.