If you have a thing for Greek gods and goddesses, you would have surely loved all the characters from God of War who look amazingly sculpted and cool. While you have always admired the tragic hero-like qualities of Kratos, the pathos that his character represents is quite touching indeed. 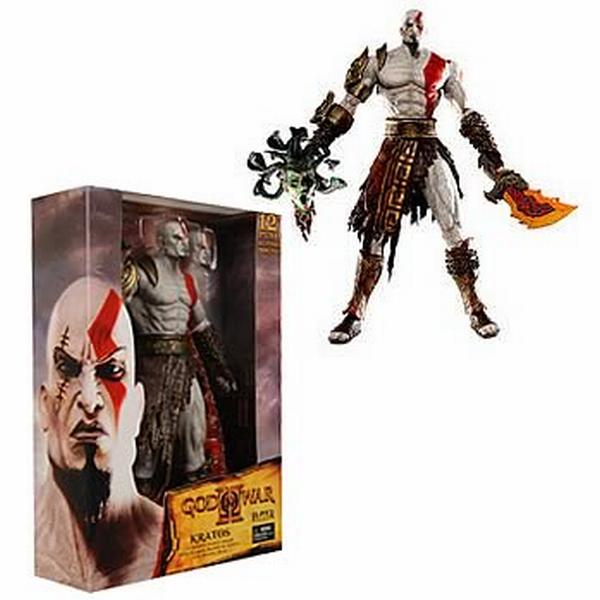 If you are a great fan of Kratos, you would certainly love this awesome Kratos talking Action Figure. The action figure measures 12 inches and also comes with a severed Medusa head and his eyes light up thanks to the LED.

Kratos speaks many phrases from the game which ironically would sound quite pathetic if you heard them in a wrong situation. Take for example the phrase “You defy the god of war?!” If you heard that when you are drunk and feeling silly, you would remember the warden of your hostel in school who forbade you from tottering into the hostel after getting drunk. Kratos utters other such famous dialogues from the game which for a diehard fan might seem pretty cool, but for someone who doesn’t play the game might sound quite inane.

The Talking Kratos Action Figure costs $35 and is well worth buying even if you don’t like the game. You must also check out this cool Vinyl Kratos Action figure about which we had written sometime back. If you do not like regular Kratos figures much, you must check out the 3D Kratos.