Here comes a new challenger to Street Fighter X Tekken, Cole MacGrath from inFamous — playable in both the PlayStation 3 and the newly revealed PlayStation Vita version. 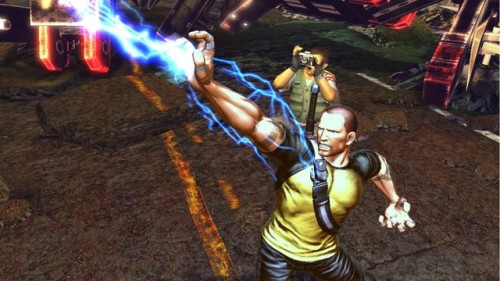 If you though the clash between two popular fighting series in Street Fighter X Tekken (X is pronounced “cross”) was already at extreme heights of crazy, then the introduction of a familiar PlayStation 3 face to the brawl, one Cole MacGrath from the inFamous series, is the cherry on top to that insane glorious sundae.

The news of Sucker Punch’s electricity-throwing hero, Cole, joining the roster in Street Fighter X Tekken (a dream-match tag battle royal coming in 2012) came alongside the major announcement of a PlayStation Vita port of the game at Sony’s E3 presser, which interesting enough & seems to be trend with all upcoming games for the new portable, will have cross-platform interaction with the PlayStation 3 version. 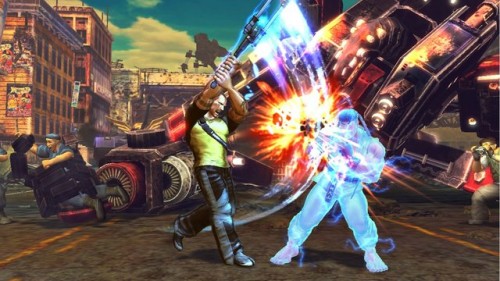 Cole will be an exclusive character to both PlayStation platforms – for now. There might be the chance of other special quests joining Ryu, Chun-Li, Kazuya and Nina Williams too. Will they be from other PlayStation 3 exclusive games though? Hmm… it sure would be totally cool to see Nathan Drake trying to get around Ryu’s hurricane kick, that’s for sure.

As for Street Fighter X Tekken on the PlayStation Vita, the game captures all the same impressive looks as its PlayStation 3 big brother. Side-by-side, both versions of the game look almost amazingly identical to each other – hopefully they’ll play like each other too. With all the added functions of the Vita though, it wouldn’t be too far off to expect touch features to be added in some capacity. 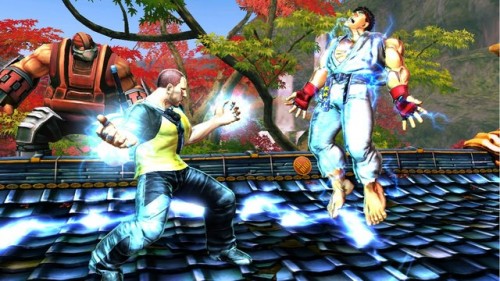 If Super Street Fighter 4 3D on the Nintendo 3DS is any measuring on how Capcom will perhaps handle this handheld port of Street Fighter X Tekken – using the touch-screen to map casual friendly inputs of special moves – then that’s likely the probable route they take.