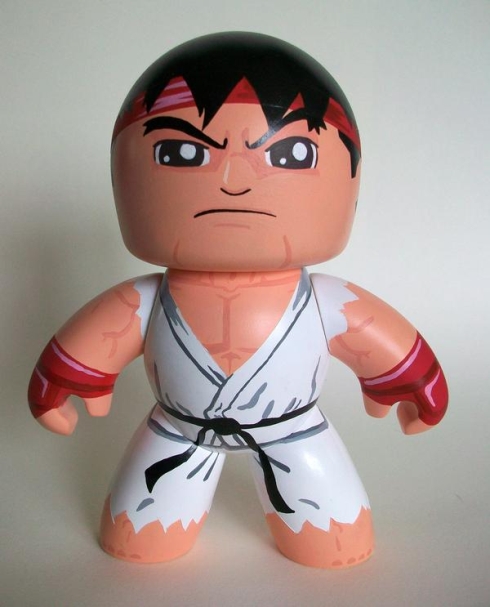 Collectible toys have always been big for a number of reasons. A particular reason is the collector’s affiliation to the brand or the title from which the character of a collectible is drawn. Mighty Muggs are such collectible toys made by Hasbro and make tribute to Street Fighter 4.

The company claims the Muggs are 100% recycled and there have been characters from Star Wars, Marvel Comics, Indiana Jones, Transformers and many others. To our and many others’ surprise, here are Street Fighter Mighty Muggs created by Jerry Cortez. Of course, these are mot manufactured by the official company but they do look good nonetheless. The Muggs seem to frown at every chance and that is what makes them look so special.

The one that features Zangief is one of the best Muggs I have ever come across and his facial expressions are quite animated. There is no information about either the price or availability but I guess these are just pieces of artwork and not up for sale. However, these dolls are customizable which means your favorite character may start looking completely weird and different.

In fact, you may not even recognize the character properly. Luke Plunkett at Kotaku for example feels that Zangief looks like the bastard son of Mr. T and Bill Bailey! Talk about humor! You could also check out the raunchy Street Fighter 4 Cammy Statue which would leave you gasping for more. The Street Fighter Head Sculpture isn’t too bad either! 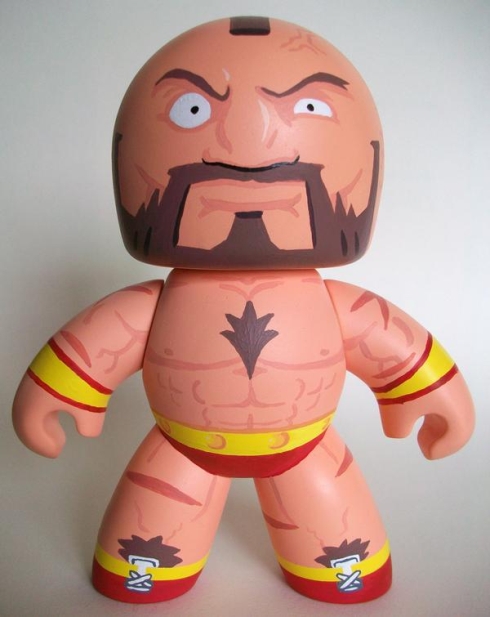