Being the second female fighter in the Street Fighter series is not such an easy task, especially when you look hotter than most people in the gang. It may not be easy to be Cammy but it sure must be one helluva adventurous and glamorous ride to fame. 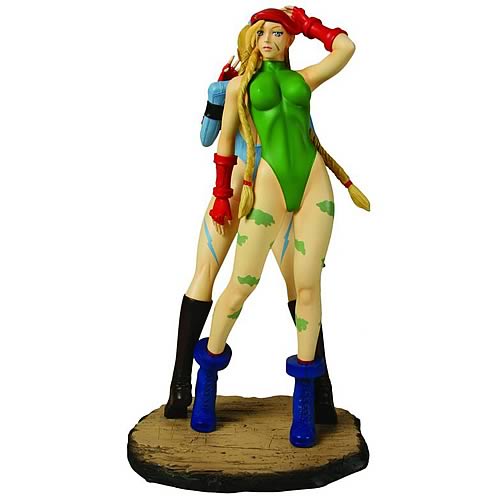 If you always admired this spunky character in Street Fighter, you could go ahead and get yourself the Street Fighter Cammy Resin Statue Set which would never disappoint you.

At $349, it sure is one of the best gifts you could give to a friend who loves Street Fighter a lot. The set comes with two awesome outfits and the British bombshell measures 10 inches. You could expect to find one Street Fighter Alpha Cammy and one Super Street Fighter Cammy.

If you would like to take a look at other Cammy related stuff if we have written about earlier, you should try and check out the Street Fighter 4 Cammy Statue and the Floating Cammy Sculpture. There can never be a dull day when Cammy is around to keep you entertained, and excited with all the puns intended. So go ahead and try to get the set before it is sold out, for that is exactly what happens to great sets of collections.