This Sony PS3 Console Design is Bonded with Roots

This Sony play station 3 consoles come up with an advertisement in such a level of creativity and is so geeky that few words of praise for them or try to describe them by words would not be sufficient enough to do the justice for such creations. 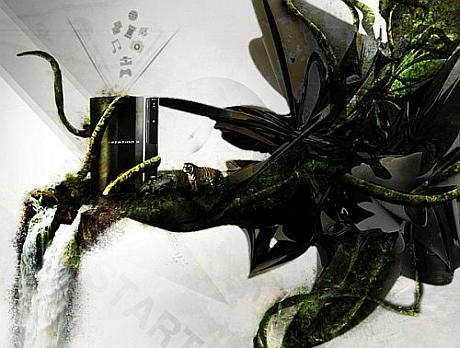 This is the newest addition to the exceptional advertisements of Sony ps3 Console which has been created by Alex Devine showing that not only populace even a living tree is so fascinated with this beautiful black Sony PS 3 Console that it couldn’t resist being away from this PS3 and thus became overgrown to keep control of it by binding with one root which is guarded by a tiger and another side its holding the controller. 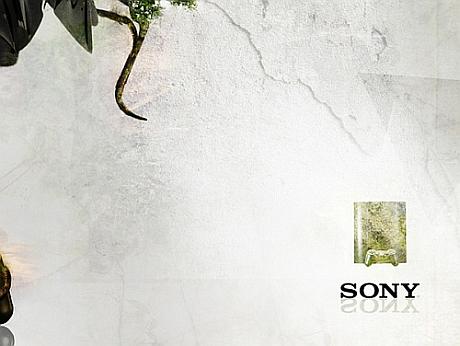 We all, being Play station enthusiasts have many times come across advertisements which are mind bounding like the one which says “Destroy 7000 enemies along with your in-laws” which shows the image of a morose mother in-law who is being pushed out of the ps3 console, some thing which is practically impossible but in the same time will make the grooms happy. Another famous poster which shows us dancing with the zombies and then destroying them one by one and another one which was taken from the Terminator : the Judgment day saying that if we don’t kill the alien’s, we will see our end which will be our judgment day and many more are there which are exceptionally good. 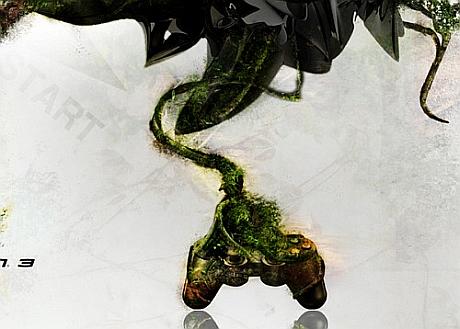 This PS3 artistic message is really exceptional to win every viewer’s heart with its unique design and if Alex Devine continues to think like this then every one whosoever got a chance to see this picture will start to love his such geeky art and also fallen with love more to the PS3 Console. 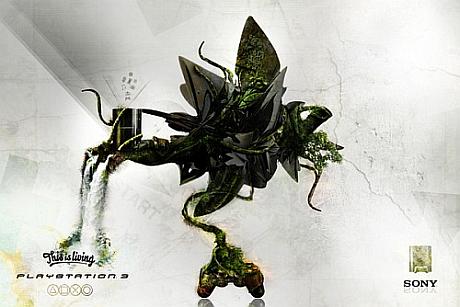 You can see such more creations like Mexican PS3 ad and Sony PS3 ad.