Rayman Legends to Be Released on PS4 in February

Confirmed by Ubisoft, Rayman Legends, the popular platformer with the limbless protagonist, will be making its way to next generation consoles this February. 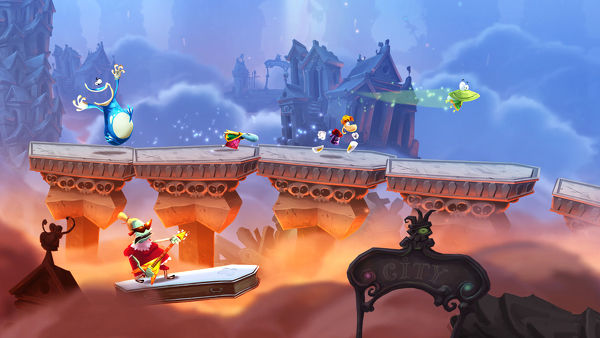 In the land of brand new consoles, where the hype and extravagance of everything is often a huge sales booster over the unusual and quirky genre of games, two features of a game are often heralded over any other – graphics and gameplay. Graphics are important, of course, because they show off just what a console can do. While specs lists are certainly good to yell about in the street or on the Internet, they don’t show off the visuals that the PS4’s 8GB of RAM can produce. Gameplay is important because a high level of ‘fun’ is enough to get even the most frugal gamer to shell out on a new console. Rayman Legends then, is a good fit for the PS4 as its sights are great and its brand of play is established.

Ubisoft’s next-gen announcement might come as a bit of a surprise to fans of the Rayman series and critics alike as Rayman Legends was originally announced as a Wii U exclusive, signalled as a stallar addition to the ailing console’s line up. However, when Ubisoft made the announcement to delay the Wii U version in an effort to launch it simultaneously on PC, PS3 and Xbox 360 at a later date, many suspected that that was where the tale ended. But now, Ubisoft CEO Yves Guillemot confirmed in a financial call that “Rayman next-gen is coming in February.” Ubisoft then had to re-clarify that this meant Rayman Legends but the message is clear – expect the limbless platformer to be on PS4 soon.

What will be offered in that next-gen version could be features that utilise the PS4’s touchpad via the Dualshock 4 (something that was allowed for with the Wii U’s GamePad) as well as gameplay that saw one reviewer refer to it as “one of the greatest platform games of this – or any – year”. However, whether Rayman Legends proves to be an equally as entertaining experience on PS4 or a port that leaves much to be desired is yet to be seen.