PlayStation 4 Gets Its First System Software Update With 1.51

Sony’s newest console gets its first (kind of) system software update that will hopefully nib in the butt small problems with the PS4’s operating system. 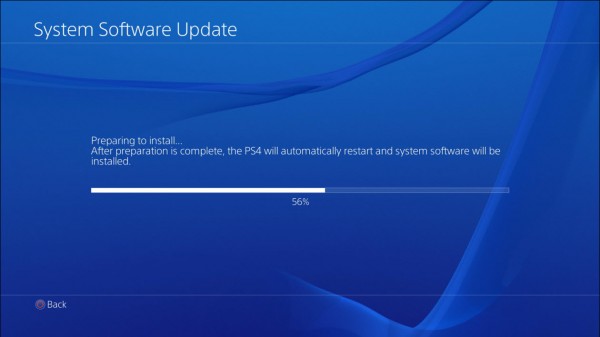 It took about a few days for Sony to issue the first firmware fix for the PlayStation 4, as late on Tuesday the company rolled out PS4 update 1.51. Technically, this is the second one considering the initial 1.5 system update upon launch day, which brought a good majority of the system’s marquee features, like Blu-Ray movie playback, online streaming, etc.

Update 1.51 isn’t as meaty as that day-one patch though, Sony mentions that it only has minor UI adjustments and added system stability. Hopefully, this will iron out some of the bugs PlayStation 4 users have been reporting with their time with the console’s slick new OS. Now work on getting out some custom PS4 themes and all will be peachy, Sony.

Oh, and remember that system software updates get automatically downloaded and can be applied in the background while playing a game (although, you’ll still need to accept the Terms of Service and begin the installation yourself). Yup, we’ve left behind the ways of the PlayStation 3 and its poor firmware/game patching process, and thank goodness for that!

For more PlayStation 4 news, the six big announcements from the PS4 launch event, and a teaser trailer for the next Uncharted game, stay tuned for PS3 Maven.