In a deal with Sony, Ubisoft are bringing exclusive Assassin’s Creed 4: Black Flag content to PS3 and PS4 and now, the publisher have released a trailer for it. 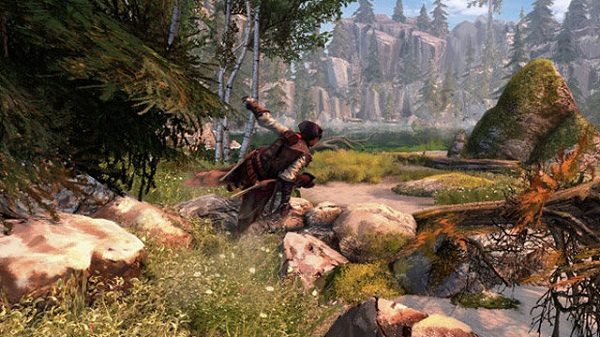 Assassin’s Creed is one of the most well known franchises around. Across five console games with releases on phones, tablets and the PlayStation Vita too, publisher and developer of the games, Ubisoft, have brought a unique open world sandbox and virtual assassination experience to our platform of choice. The games are so big that you can spend hours and even entire days worth of playtime exploring them, all in the name of the righteous path of freedom that each game’s protagonist is fighting for. The latest of these games is Assassin’s Creed 4: Black Flag, which pits you as a part pirate, part assassin character, Edward Kenway, but his adventure is set to be punctuated with more content than you can shake a mini-map at and some of it, as explored in a new trailer, will be exclusive to PS3 and PS4.

The exclusive PS3 and PS4 content in question doesn’t actually feature Edward Kenway (the grandfather of Assassin’s Creed 3’s main character, Connor Kenway) and instead sees players inhabit the rather agile boots of female protagonist Aveline de Grandpré, who some will have already played as in Assassin’s Creed 3: Liberation, a game that was exclusive to PS Vita. As you can see in the new trailer for the content above, Aveline’s gameplay looks just about as thrilling Edward’s and she will certainly make her mark in the “most beautiful world that [Ubisoft] have ever built”, which is how the dev team behind the game are referring to their created world.

Aveline’s missions will offer around an hour of extra play time, which is a relatively tiny drop of water in the vast ocean that is Assassin’s Creed 4’s likely overall amount of gameplay but given that there will be such a wealth of things to do and traverse in the game’s Caribbean landscape, perhaps Aveline’s missions will offer some welcome downtime from the pirate life. What we also know from the trailer is that the Aveline content will be made up of three missions, giving us just enough to get to know her (should we not have played her small screen outing) but not enough to distract from Edward Kenway’s pirate adventure. This extra Assassin’s Creed 4 content also bodes well for the originality of the series as well as for those who are hopeful that Aveline will feature in yet another game of her own.

We’’ll keep you posted once we know more.