Is There a PSP Phone in Making?

PSP as we all know is by far the best portable console ever and when cellphones have come to carry camera, GPS, walkman and other facilities which could not be dreamed of earlier, why can’t we possible have a PSP fit inside a cellphone? 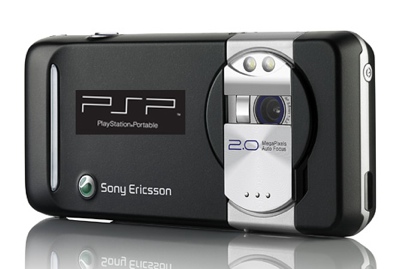 That is exactly what the rumours are all about and Ivan 102 has seized the opportunity to upload a beautiful illustration of the PSP Phone that would tentatively be manufactured by Sony Ericsson.

Be warned, these are just rumors written on a Spanish language blog and taking them to be the undeniable truth only reflects one’s own stupidity. Nevertheless, looking at the illustration one can imagine the PSP phone to come with not only the portable console but also with a 2MP camera. (2MP, just that? One has to be kidding!). However, the back of the phone certainly looks stylish and attractive.

It would be interesting to learn more about this juicy bit of information and if the rumours are proven true, I am sure there will be many takers for the PSP celllphone. Ideally, one must have Sony Cybershot, Walkman and PSP all embedded into a stylish phone which can be carried almost anywhere. While it is not clear when and if the PSP phone will ever be launched, you could try and take a look at the PSP Laptop Mod which looks retro-chic.