To what extent could you go to promote your PS3? Could you go get the design of a PS3 inscribed on your palms? Well, Phenomenal92 has just created an inscription of the PS3 controller on his palms and he claims that to be a future “advertisement idea”. 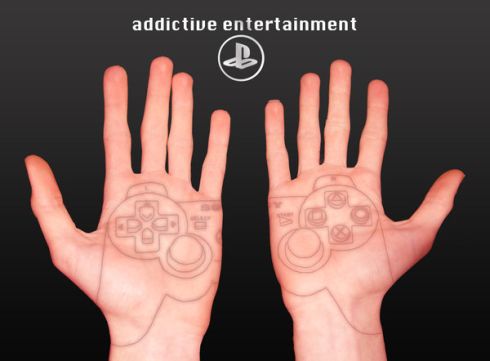 Though the idea sounds as intriguing as it is humorous, one may wonder how many people would actually take a look at someone’s palms before deciding to buy the console. Nevertheless, the “ad  idea” may have several other implications. It may indicate the popularity of the PS3 and thus provide a wealth of information for Sony. It could also have great influence over peers who might be planning to shift loyalties from other consoles to PS3.

Apparently, more designs are yet to come and when they do, they would surely excel the previous ad creations. The “ad” also has its copy screaming “addictive entertainment”. Well, we all know how addictive PS3 can really be. If you would like to take a look a real advertisement that has already been launched, you must check out the informative PS3 Commercial which reveals the consoles capabilities and thus persuade others to buy a PS3 for themselves.