Batman has come again to rule the PS3, only this time, though, he and his arch enemy, The Joker have made their way using a stick on skin for the console. The stick on is black in color with hues of blue dashed in for a grimy effect. The faces of Batman and a bust size photograph of the Joker charm the front of the fantastic skin sticker, with the title “Batman: Arkhum Asylum” clearly visible. 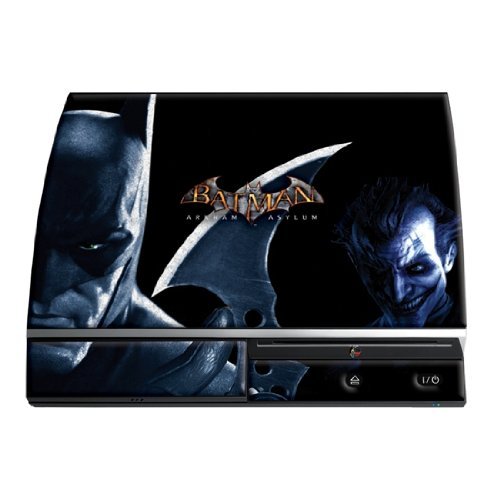 Also, this stick on skin doesn’t void the warranty in any way, since it doesn’t make you open up the console or fiddle with any parts – just peel and stick – simple! And to add to the bonus, this skin is reusable and it doesn’t leave any black gooey residue behind when peeled off the console. The skin is up on hands for an expensive $14.99 (why the hell is the price of each and every PS3 accessory is always sky rocketing?) and something that Batman fans shouldn’t miss out – even if it means breaking open your piggy banks :).

If you would rather get going with the game, then check out the Batman Arkham Asylum Walkthroughs, and other PS3 skins and mods that are worth checking out are the Tekken PS3 Skin and Final Fantasy XIII Mod, that are nothing but just a simple – awesome!