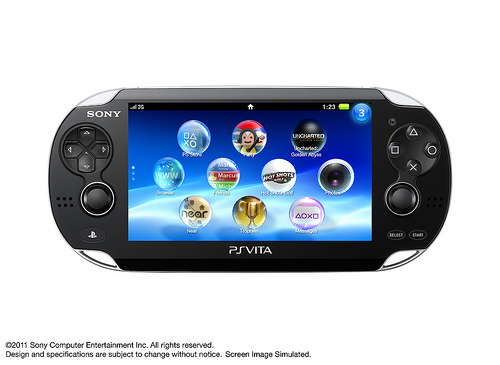 Fresh from the rumor oven, it seems that a Blockbuster mailer from the United Kingdom has just uncovered the release date for the PlayStation Vita. Oh. My. Based. God. You’ve got to be kidding me? This is just too real to be true. Just… wowzers.

Who knew that there were still Blockbusters around?

And in the U.K. no less. Clearly this is remarkab– huh what? Huh?

That’s not the actual news? Ahhhhhh… I see.

Well then — I’ve just been informed that the real story here (beyond my own foolishness) is that this peculiar British print advertisement, delivered recently to IGN by an anonymous Internet tipster, shows the purchase date of Sony’s next portable offering to be October 28th. 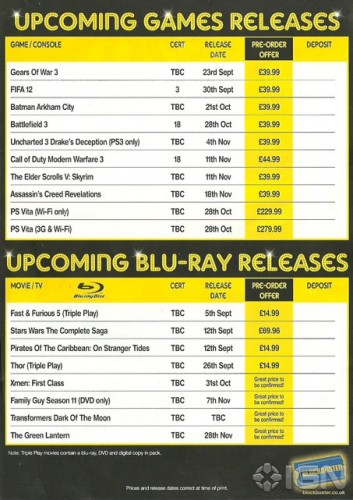 And remember, going by Sony’s own words at this year’s E3 about the PlayStation Vita launching globally, that means us Yanks will be able to pick up the dual-sided touch device (both 3G/WiFi & WiFi Only versions) on the same day too. That is though, if this piece of speculation is on the up and up.

Don’t get me wrong, I’ll give it this much — the alleged October release date sure does fit into the end of 2011 launch window Sony mentioned its press release for the Vita. Presumably, and for their added benefit, it would probably be the best course of action, now with Nintendo just slashing the price of the Nintendo 3DS a few days ago.

All scuttlebutt of course. We’ll have to wait and see this rumor is right — but until then, how about checking this weeks batch of PlayStation Network releases, featuring the Dragon Age 2: Legacy DLC.