PlayStation Move Is a Success So Far

Sony’s motion-sensing controller, the PS3 Move, is quite a hit at retail right now. It has shipped a million units in the Americas since its September 17th launch. That is the word according to Sony Computer Entertainment America (SCEA) Boss Jack Tretton, who spoke with Reuters this week. 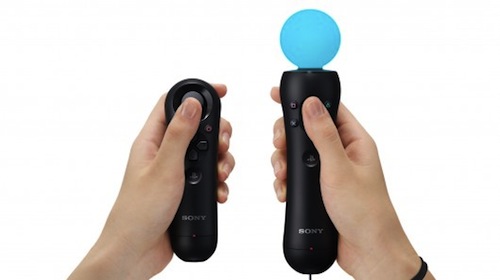 According to Mr. Tretton, the demand is far more than the company’s supply, and they do not expect to have enough to meet demand until February.

He added that Sony “had to go back and increase production twice, we’re absolutely maxed out right now.”

We can bet that this is probably better than Sony expected for the device. Then again, maybe that’s just me, I can’t say I had very high hopes even though I’d like to see it succeed, because any such advancement is still a win for the game industry. If it brings more people to videogames, it’s done its job. Personally, I am going to wait for a few more games.

This may mean good things for Sony’s answer to Nintendo’s Wii system, and thanks to the fact that it’s relatively easy to add Move support to existing PS3 titles since it essentially becomes a replacement for the right analog stick in most action games.

In addition to that, Sony is putting a lot of support behind PlayStation Move with AAA franchises such as LittleBigPlanet, Killzone and Socom. Downloadable games, such as Echochrome 2 are getting it Move support as well. This will give users more reason to pick up the device, thanks to the library of games available.

Next in line is Microsoft’s Kinect for Xbox 360. It takes on a whole new control method. While Move is very heavily (and very obviously) inspired by the Wii controls, whether Sony would like to admit it or not, Kinect captures player movement through its motion sensing cameras.

In case your interested in checking out the inner components of the Move, you can check out this teardown, or just see the versatility of Media Molecule’s upcoming sequel to the 2008 hit, LittleBigPlanet.