We all know how cute Sackboy is, and given a chance, many people would want to devour him. While he is just a fictitious character, one can’t really sink our teeth into anything that is virtual. Thus, many people have created Sackboy influenced cakes that look and taste better than he does. 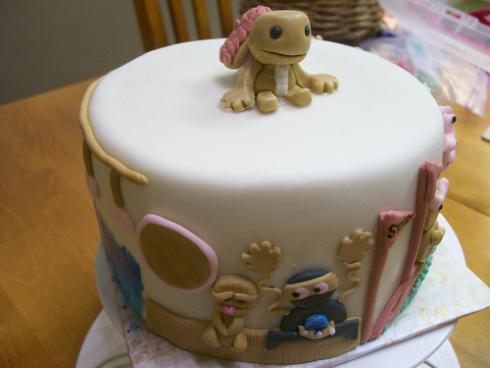 In fact, this cool Anime-style Sackboy Cake is so delicious to even look at that I am sure many people would attempt to rob the cake off the owner. It was made by Cake Break for their son who loves to play Little Big Plane. The cake measures 6 inches and comes with light green SMBC green filling, dark chocolate ganache under marshmallow fondant. It sounds really tasty, doesn’t it?

The cake also has really cute inscriptions all along the circumference and that makes me want to eat the cake immediately! You could also take a look at other Sackboy cakes that are not only Tempting, but also Delicious! This just could be a way to inspire you to bake amazing cakes which are inspired by your favourite game or console. So go ahead and wear your baking apron!