While we all love and adore racing games, it has mostly been limited to either car racing or kart-racing. However, MotoGP has been one of the favorites of those who like motorcycle racing. MotoGP 09/10 can be now pre-ordered and it comes with the same exciting features as its predecessors, but only it also has added features! The game comes with amazing gameplay and several modes that help you experience the ultimate GP feel. 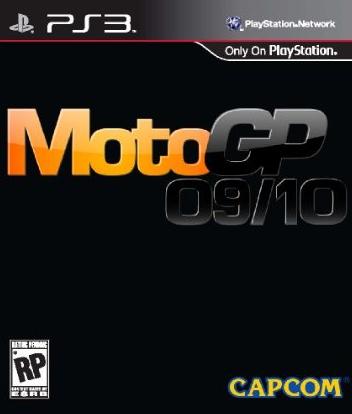 It also allows you to update from 2010 championship as the season unfolds. You could choose to compete against riders from across the globe and the screen is also split in two, so that you can race against your friends. 125cc, 250cc and 800cc are the options available and there are also 17 different circuits for you to race along.

This is perhaps the most exciting game that motorcycle racing freaks can ask for, this season. If you are not into motorcycle racing, you could try other sports based games like the Vancouver 2010, which is the official video game of the Olympic Winter Games. The NBA 2K10 is yet another cool game for basketball fans. MotoGP 09/10 can be pre-ordered  now and is expected to be out on the first of March, and is expected to cost $49.99.