You might have played Fallout, the cool video game series whose plot revolves around the nuclear paranoia, but is set in 22nd century. It is still quite a popular game and is known for all the apocalyptic and gory imagery that caused quite a number of controversies in many places. Here is a cool PSP mod which has been inspired by the Fallout series. 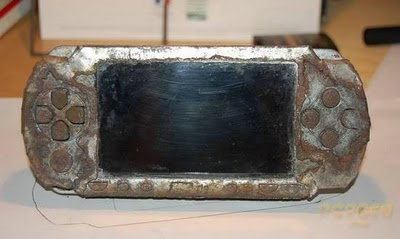 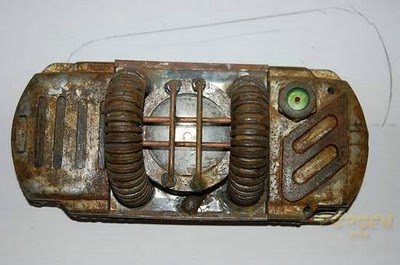 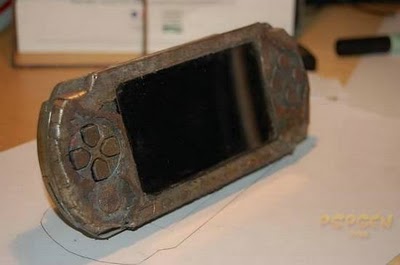 The PSP looks almost like a Steampunk device and the screws, metallic look and the rusted feel makes the PSP look quite unusable. I am not really sure who did the mod, or if the PSP is still useable, but it sure looks cool as hell! Imagine you taking this PSP in the subway train and playing games, while the passengers in your compartment miss their station ‘cos they are so busy looking at this thing! 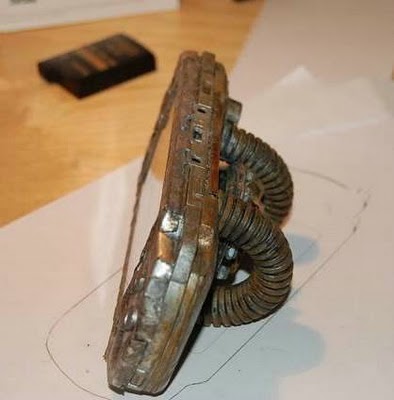 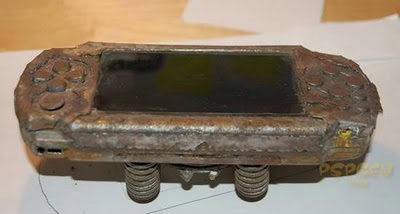 It is quite possible indeed. Well, you could also check out other weird mods that we have featured earlier. The DIY PSP uses open source Arduino and the PSP Phone looks pretty awesome too! I can’t believe that the PSP could look so cool when it is actually mutilated and manipulated like the Fallout mod. What do you guys think? 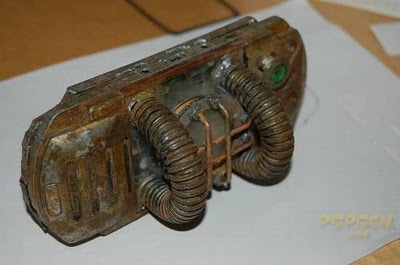