While we have been hearing a lot about the planned next version of PSP Go, here is a little known ad campaign that makes the PSP look like it is some health supplement without which we are all just going to well, unhealthy to say the least. 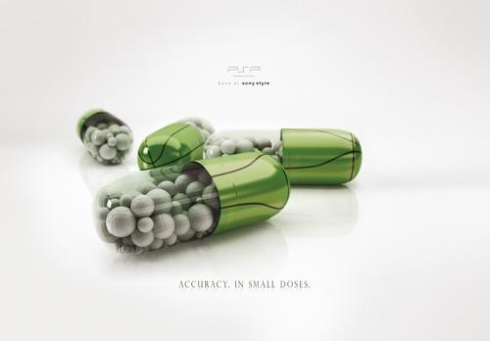 The poster has a very diminutive copy and it is marked by a significant minimalism and what stands out is the capsule in each of the posters. In each of the 3 posters the capsule comes in different colors indicating accuracy, adrenalin and heroism, the suggested and indicative effects of playing on a PSP. 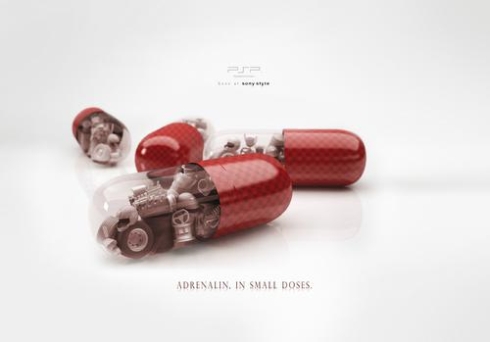 What makes the ad campaign stand out is the graphics and minimalism. There is no distracting and lengthy copy but simple and effective “Accuracy. In Small Doses”, “Adrenalin. In Small Doses” and “Heroism. In Small Doses”. These punch lines suggest the adventurous nature of lifestyle one could have while playing PSP and also not being limited to a room and being mobile. 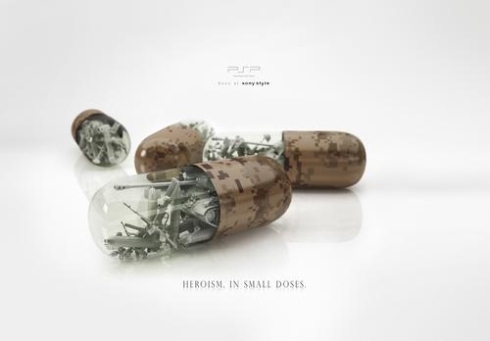 The copy also suggests the associated technical accuracy which the PSP provides as a portable console. The size of the PSP is comfortably small and the copy only reinforces that image in the viewers’ mind by saying “In Small Doses”. This ad campaign is creative, stylish, simple and effectively provides the much required jolt into PSP’s product cycle. There was also this really cool PS3 Commercial which was stylish, informative and engrossing.