“The Truth” About Metal Gear Solid: Rising At 2011 VGAs 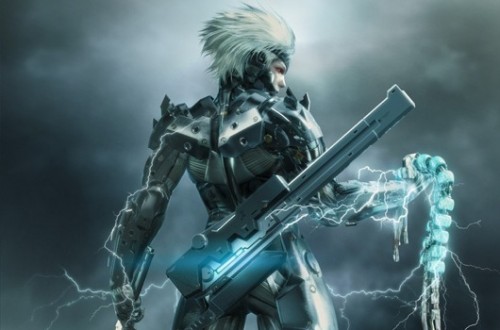 Spike’s annual Video Game Awards brings Hollywood stars and videogame creators together to celebrate the best of the best from that year. It’s also where big news is made too; namely the debut of many greatly anticipated games that will probably be in contention for next year’s nominations (it’s the only reason I’ll be watching — though props to my main man Neil Patrick Harris, way to represent homeboy), in fact, Batman: Arkham City was first shown at the 2010 VGAs and is expected to do battle against the likes of Uncharted3 and Portal 2 for Game of the Year 2011.

Meanwhile, Metal Gear Solid: Rising (yeah remember that game, kiddos?) was never introduced at the VGAs, but rather, at the Electronic Entertainment Expo back in 2009 — and since then — the Koji-Pro backed title, staring MGS’s own cyber-ninja Raiden, has been in a mysterious flux of why the heck is this thing taking so long to come out! The lack of status updates from Konami about the well-being of the game caused quite an echo of rumors to flood the internet, as you would expect, with the oddest insisting that MGS: Rising production had been taken over by Platinum Games (makers of Bayonetta, Vanquish).

Crazy, I know. Thankfully all such scuttlebutt about Metal Gear Solid: Rising should come to a hopeful end as the game makes it’s re-debut (or whatever) at this year’s Video Game Awards, December 10th (check local listings), where it’s been promised that series creator himself, Hideo Kojima, will reveal “the truth about Metal Gear Solid: Rising.” What that exactly means is unknown for now, but one would — heck we all would — think it might be footage from the actual game. Not a teaser, not a CGI trailer that shows Raiden slicing a giant mech in half (don’t get me wrong that’s cool too, bros); just some reassuring gameplay footage that will make my Amazon wishlist spot for the title worth the space it’s taking.

Don’t let me down Kojima-san! Although, truth be told, he and his crew did a fantastic job on the Metal Gear Solid HD Collection which was released recently, so my faith isn’t in the wrong hands.