Play as the Joker in PS3 Batman Arkham Asylum 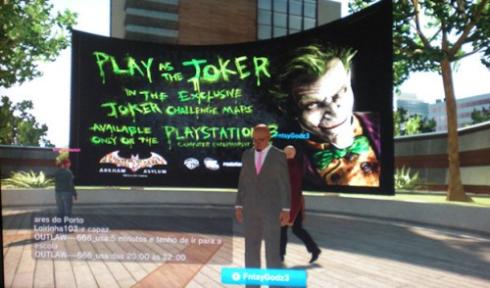 Rocksteady’s upcoming Batman: Arkham Asylum has a big surprise and if you have already heard about it, the rumors have been confirmed. You can now play the character of The Joker in the game, which would be released this summer. The advertisement announcing the Joker’s playable character was removed in a bizarre way, which only indicates the ad was not supposed to be there at the right time.

If the ad was already created, that means The Joker is certainly going to be a playable character in Rocksteady’s Batman: Arkham Asylum. PS3 fans would be able to download the character free of charge and at no extra cost when the game will be launched. However, The Joker can be played only in the Challenge Rooms, which are quite famous these days.

The Joker was certainly a better character than Batman and for those who don’t seem to be really impressed with the idea of The Joker being playable, I would say “Oh, Why so serious”! It seems like all the PS3 users and The Joker’s fans are going to have a gala time when the game is finally unveiled this summer. You could relive Joker Fatality while you check out the horrors at Batman Arkham Asylum.