Get ready for inFamous 2 with a jolt to your memory with this opening cinematic from the game that brings up to speed and ready for action. 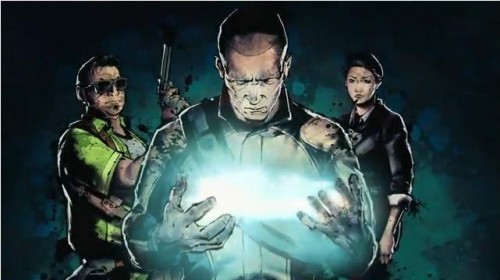 I think we can all come to an agreement that inFamous 2 is one of the most anticipated releases of 2011. The first inFamous by Sly Cooper developers Sucker Punch (in fact I listed it as one of my favorites,) certainly delivered that kick-ass sense that one should get by cruising power lines, ascending down upon a group of thugs, and taking them out by exploding a large semi-truck with a volt of electricity that could light up New York’s Time Square for days. Oh yeah, that’s the good stuff.

Infamous 2 expands on that winning open-world/superpower controlling formula with a new New Orleans-inspired location, a refined set of powers both old and new, and new challenging enemies and seedy obstacles for our returning hero Cole MacGrath. The game even introduces a genius new mode where players can make their very own missions using in-game elements and share them online ala Media Molecule’s LittleBigPlanet – except not as cute and without a weird floaty jump (I still love you though LBP.)

Now we won’t know until June if inFamous 2 will deliver again on a second helping of awesome open-world adventure and kick-ass electrical powers (although I’ll make a leap of faith and say it probably will,) but in the meanwhile we can check out this opening cinematic to the game. It’s presented in a fantastic graphic novel style and does a nice job of summing up the prior events to the original infamous — major spoilers though if you haven’t gotten around to beating the first game (which you should really do!)

Hey would you look at that! If you buy inFamous 2 when it comes out to North America on June 7, you’ll also get early access to the multi-player beta for another hotly anticipated game of 2011, Uncharted 3: Drake’s Deception – how shockingly (hehe) good.