HD Analogue Video Support Being Dropped In Next PlayStation 3 Model

No longer will you be able to use those issued component cables to watch your Blu-rays on upcoming PS3 models. Find out why after the link. 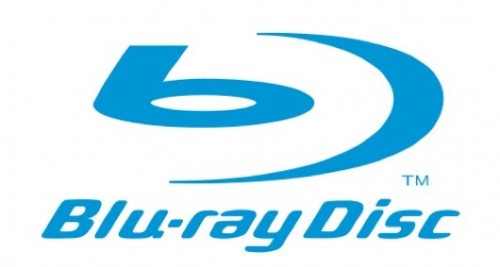 Big heads up if you plan on buying a PlayStation 3 in the foreseeable future – the upcoming model of the PlayStation 3 will stop supporting high-definition video through an analogue component output. This means if you want to show off your crisp Blu-ray movies to your friends, you’ll have to do so by HDMI cable means only.

Why the drastic ditch for analogue HD video functionality for the PlayStation 3? Namely the new Advanced Access Content System standards being issued for the Blu-ray format by the AACS Licensing Administrator, a sort of League of Doom outfit who’s members include Disney, Intel, Sony themselves, and a couple of other players in the motion pictures industry.

Really, the Advanced Access Content System is just one big digital rights management bylaw to prevent the piracy of movies which all video formats, such as Blu-ray, must follow or risk losing media licensing support. And this time the AACS Licensing Administrator has analogue HD output in its sights, likely over the worries that component capture cards could be used to make bootleg HD movies.

So bye, bye, analogue component HD video support on all PlayStation 3s going forward, and hello ridiculously over-priced HDMI cables. Thankfully if you know where to look, you can find HDMI cables for your set-up pretty cheap. 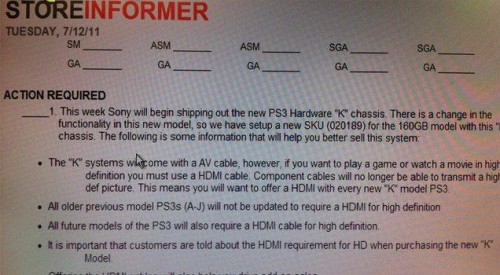 Originally, this story was meet with a bit of a out cry from surprised and quite upset gamers, only because when the details for this piece of news broke, by way of a internal memo that was passed around US retailers, it was first believed that not only would HD analogue output would be nonexistent for video, but also games.

Sony immediately issued a correction and told the website Ars Technica that the leaked memo was wrong in its wording, and that customers of the latest PlayStation 3 model will still be able to play games in HD through an analogue component cable. Certainly a bit of good news for gamers without HDMI access on their HD televisions — unless you then want to watch Blu-rays, and if you don’t have a TV with HDMI output, I guess it will time to save up for one that does, sadly.