Sackboys and Sackgirls now have the chance to wear the steam (or cyber, whichever) punky outfits, show off the flashy hairstyles, and wield the cool weapons one of Square Enix’s most remembered titles’ characters.

Don’t they look awesome? To me, they look quite a bit like the original, super deformed 3D designs from the game!

This Final Fantasy VII Costume Pack is available for 5,99€ for the set of five. Each of the characters can also be bought individually (except for the silhouette character) for 1,99€ each. 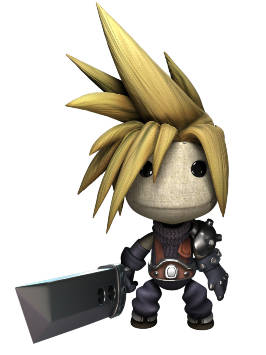 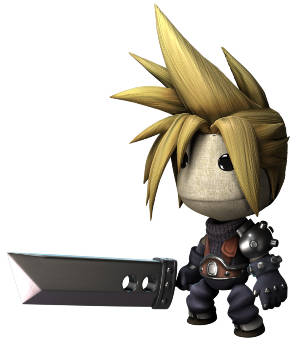 Sackboy Cloud doesn’t seem as angsty as in the original game. 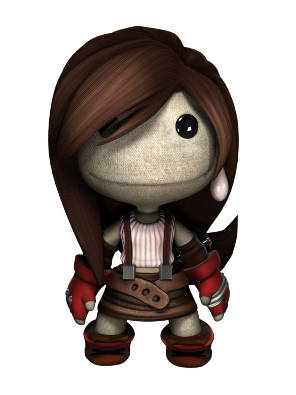 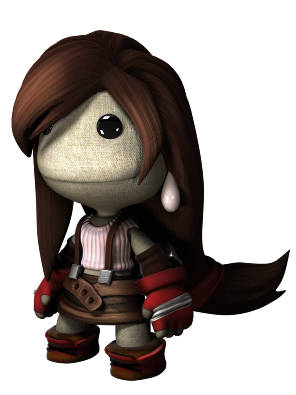 Final Fantasy VII has become iconic among the video game culture. Not only is it the first Final Fantasy title we’ve seen on the old PSOne days, but also one of the first Role Playing Games to present characters not attached to the classic archetypes (thief, fighter, healer and such), yet each one performing their role in battle as the player would see fit by customizing their skills with the materia system, as well as having their own complex background with which to take part of a greater story.

Thus all sorts of Final Fantasy VII related fan-made tributes have been made, and Little Big Planet is not the exception. The platform game’s customizable and shareable-over-the-net skins and stages now have a new source of inspiration for players and creators to unleash their potential on. I wanna see a Nibelheim stage! Or maybe Midgar City. 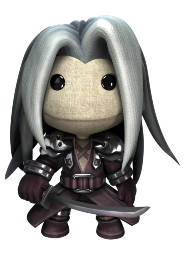 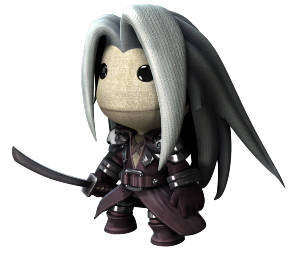 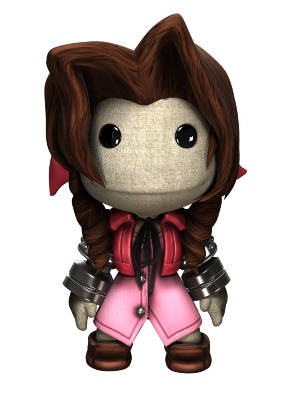 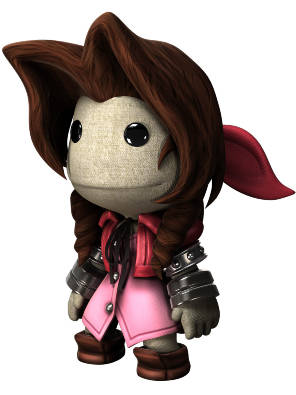 And Sack-Cetra-maiden-of-white-magic Aerith. Where’s her staff? Cloud and Seph both have their cute Buster Sword and Masamune…

I guess we all know who the silhouette character is, but I’m still looking forward to see more Final Fantasy VII Sackboys and Sackgirls, like Sackgirl Yuffie, Sackboy Reno, Sackboy Zack, or Sackboy Barret, with his cute little machine-gun arm.

Thanks, Andriasang, for translating these news directly from Famitsu Magazine.