The PlayStation consoles have always had their fair share of RPG’s, and ever since Final Fantasy VII came out on the PSOne, the series have been a mainstay on Sony consoles. Fans have looked at the past with nostalgia, the present with enjoyment, and the future with expectations, as the series have become a synonym for quality stories, immersive worlds, and engaging gameplay. Final Fantasy stories are unlike any other game, and are clearly distinct. The games are all independent from each other, storyline wise, but share common themes, skills, spells, enemies and other elements in order to keep the same feel throughout the games.

Early Final Fantasy games were the vision of Hironobu Sakaguchi and his studio, Squaresoft. As they were ready to shut down because of the economic hardships, they decided to produce their swan song, their final work which would act as their legacy to the videogame world. Disregarding commercialisms, and tendencies, they produced the first Final Fantasy (very aptly titled, considering they thought that’d be their last game ever), an RPG unlike any other. No one saw it coming, but the game was enough of a success to save the company, and started one of the most successful franchises ever.

On this first part of the PS3 Maven Final Fantasy Retrospective, we’re gonna go over the classic NES era games, and their remakes. Stay tuned to eventually read more about the games that came afterwards.

Final Fantasy, the first game of the series (now known as Final Fantasy I) told the story of four nameless heroes who had to travel a chaotic world in ruins looking for the four Crystals, magical objects that controlled the elements of nature, earth, fire, water and air. Because of four elemental fiends abusing the Crystals’ powers, the world is eroded and in a state of chaos of which the heroes will have to fix it. Upon traveling the land, and getting rid of the Fiends’, they’ll eventually have to face Chaos, their master and responsible for their actions, only to find out that the heroes themselves are responsible for everything that happened because of a time loop. Those were the ingredients of Final Fantasy, right there from the start: magic, steampunk machinery (airships, submarines), science fiction, modern-old setting, and plot twists. 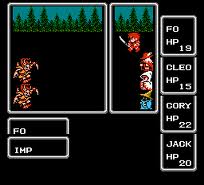 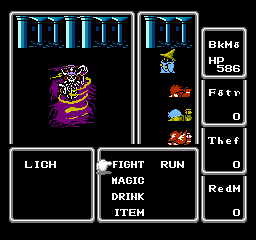 The original Final Fantasy might seem linear by today’s standards, but was an absolute revolution around the time it came out. Players could basically travel the entire world and go anywhere they wanted, as long as they were strong enough to survive the hard-hitting enemies found everywhere in the map. Players could customize their party, choosing whichever 4 characters from 6 available classes or ‘jobs’ which were Fighter, White Mage, Black Mage, Red Mage, Monk and Thief. Those jobs could eventually be upgraded to Knight, White Wizard, Black Wizard, Red Wizard, Master and Ninja respectively, upgrading their skills and giving them new abilities in the process. 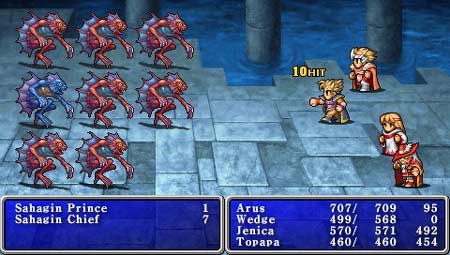 Since its release in 1987 for the NES, the game has been remastered and revamped for several systems, including the iPhone, Gameboy Advance, PlayStation 1, and who knows what else. Still, the definitive version so far is the PSP one for it includes every extra of every other version, updated 2d graphics in HD, gallery and music player, and exclusive challenge dungeons which aren’t included in any other version. If you don’t have a PSP, the GBA version is also very good, for it comes together with Final Fantasy II and some of the extras of the PSP version, although some dungeons are not included and the game simply doesn’t look as good.

Final Fantasy I told a story in such a way that a sequel was absolutely impossible and out of the question. No one expected that the game would be such a success that I’d start a series that’s still going today, and making the fantasy truly “final” was the whole point. Understanding this, Squaresoft took the obvious approach when fans started asking for a sequel: scrap the previous story, and tell a new one from the beginning, with different characters, lands, and story but keeping just some themes, enemies, and style in order to make it feel like a Final Fantasy game. FFII was never released outside of Japan up until the mid-end of the 90’s for the PSOne, and what most western fans remember as Final Fantasy II is actually Final Fantasy IV with its name changed in order to keep the continuity. 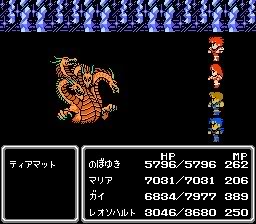 Similar to FFI, FFII tells the story of four heroes, but this time they’re given some background. The player is in control of 4 orphans whose town is burned down by an evil empire. In true Star Wars fashion, they get rescued by a group of rebels, and swear to fight back. Some new features of the game include the fact that characters don’t have ‘jobs’, but can just level up whichever skill or stats the player chooses with repeated use or specific action. Also, the fourth orphan gets lost as soon as the first battle ends, and is not seen again until the final dungeon, which leaves the fourth spot of the party open for several other party members to come and go, and affect the story in different ways. On the graphical department, the split battle screen was ditched in order to display a more integrated view, and rows were incorporated. Stronger characters would be in the front while the weaker, the mages, would be in the back receiving only half the damage from physical hits. 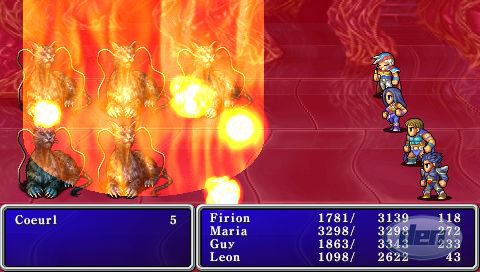 Final Fantasy II has also been re-released many times, and for many platforms, but the best one currently is the PSP one. The PSP version includes the same extras as the FFI PSP version, updated 2d HD graphics, extra dungeons not included in any other version, and the “Soul of Chaos” story from the Gameboy Advance release. Also, the difficulty has been fixed on the PSP in order to make the game smoother: now it’s not necessary to exploit the bugs and power-level in order to be able to beat the game, and it’s actually a smooth, interesting experience. If you want to try any other releases (except maybe the iPhone one), be our guest, but you’ll probably end up quiting in a fit of rage because of how unfair this game is at times. 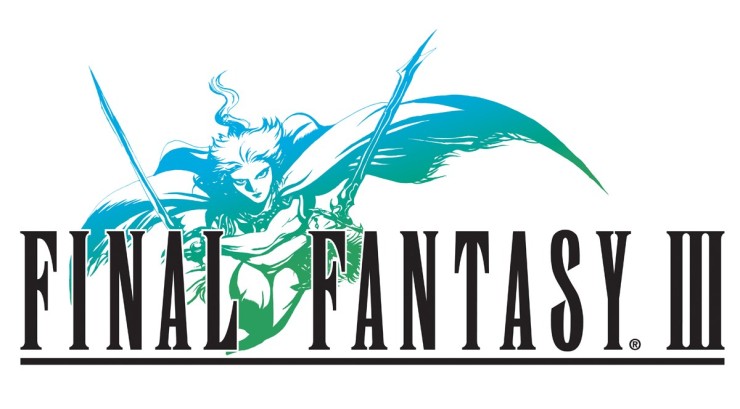 Final Fantasy III was the last game that came out on the NES, and combined everything that went well on the previous two games. It saw the return of the ‘job’ system, with added variety (now each class had exclusive, unique commands and equipment), but now the characters could switch around their jobs in order to be better prepared to deal with certain enemies or dungeons, instead of being just stuck with one class. Also, the player could use many of the classes that became a mainstay in the series for the first time, like the Archer/ranger, Berserker, Bard, or the most remembered ones, Summoner and Dragoon. 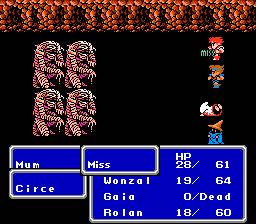 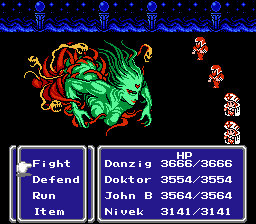 In Final Fantasy III, much like FFI, the player controls three nameless orphans who set out to find the 4 crystals, and stop the people abusing them. Turns out, in this game there are 2 sets of 4 crystals, the light and dark ones, and when one side gets overpowered, the other summons four champions who are meant to restore balance to them. This time around, the person using the crystals for his own benefit is Xande, who is ultimately being controlled by an entity known as the Cloud of Darkness (one of the serious contenders for the most naked person on a Final Fantasy game, together with Barbariccia from FFIV and Melusine from FFV). 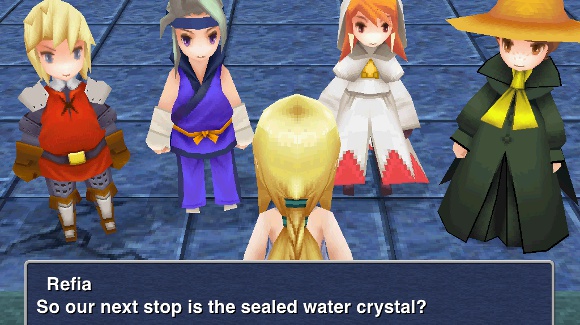 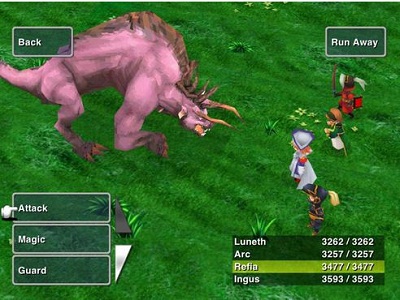 Players curious about this game should go for the iPhone port, as this version removes the imperfections from the NDS game. The Nintendo DS game required at one point finding 6 different friends with the game to send them messages in order to obtain the ultimate ‘job’ (the Onion Knight, the original class from FF3), which is quite hard to do nowadays in an outdated console. The iPhone port removes this entirely and just provides a small but rewarding quest.

After these releases, the franchise moved onto more powerful consoles, more specifically, the SNES and eventually the PlayStation one. If you’re curious about the following games, just click here for part 2. In the meanwhile, you might be interested in reading the 5 Most Quintessential Squaresoft Games or the Final Fantasy IV: The Complete Collection Hands On Review.