Haze is a first-person shooter video game which is quite popular among certain sections of PS3 fanboys. The game revolves around the concept of “Nectar” which an MNC would develop and the liquid consists of a fictitious chemical called Nova-Keto-Thyrazine, which allows humans to become superhuman. 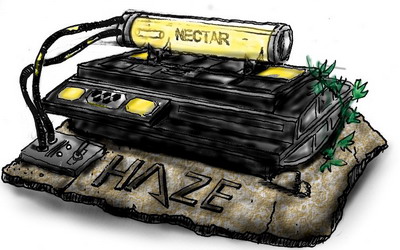 The so-called nutritional supplement not only makes humans smarter and bolder, but also induces hallucinations. A modder called Butterkneter at Contaminated Case Creations has created a conceptual PS3 mod that has been inspired by the Haze game. 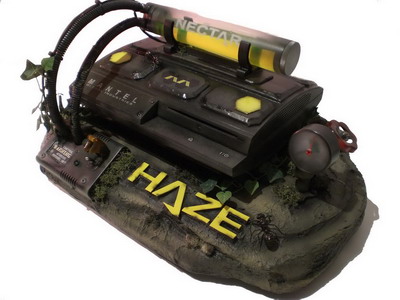 The concept has been designed for UBISOFT and it would come with the nectar dispenser that would allow the gamer to reek the benefits of the Nectar as well. It is too good and fantastic to be true, but it sure would be fun if the PS3 mod would release laughing gas time to time, instead of the nectar so that the player would laugh every time he is about to lose. 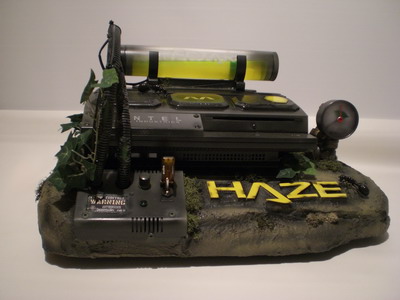 The Haze PS3 mod sits on a rock base and is lit by UV light and since the game involves a lot of flora and jungle related themes, the mod too comes with ivy and moss.

It sure is one of the coolest mods I have ever seen, and I only hope someone notices the cool concept and launch it for real. You could also take a look at other cool PS3 mods like the PS1+PS2 = PS3, the list of 24 Cool PS3 Mods and the PS3 Supercomputer.