First ‘Back To The Future: The Game’ Episode Free On PlayStation Store

Free for a limited time, gamers can check out the first episode in Telltales Games’ Back to the Future: The Game. 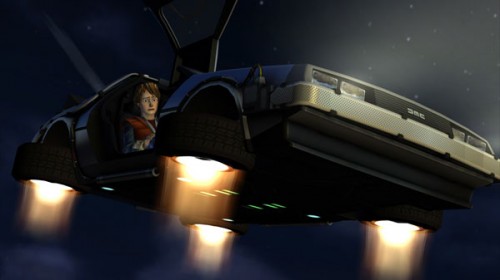 Who thought it would take this long to finally get an awesome Back to the Future videogame, currently with the episodic adventure titles from Telltale Games.  After the atrocities that were those NES games back in the day, lets just say it’s a good time to go back in time (hehe) with Back to the Future: The Game.

If you’ve yet to get around to checking out Marty and Doc’s newest exploit through time, minus Huey Lewis and the News (yeah, sucks I know), Telltale Games is giving away the first episode for free on your PlayStation 3 from now until September 27. Think of it of as an extended demo to get you hooked (or not hooked) on the rest of the 4 chapters in total for the game.

Which you can buy as a whole set for $19.99 on the PlayStation Store. Although if you want to hold out for a physical copy because hard drive space is tough to come by, Telltale Games is also shipping out a retail version of Back to the Future: The Game for a Holiday 2011 release.

Be sure to catch up with the latest batch of PlayStation Network releases. Previously the Mortal Kombat Arcade Kollection and the final chapter to the DeathSpank series from Hothead Games just became available, check them out!