‘El Shaddai’ Desends From The Heavens On July 26

Coming next month from Ignition Entertainment is an action-adventure romp from Japan that is truly a heavenly experience. 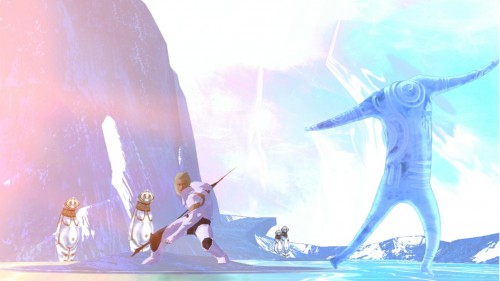 Japanese games that share that innate creativity that is normally not found in Western developed titles, are a dime a dozen these days. And it makes sense, seeing as market for these Japan-ophile infused creations (No More Heroes is another goodie) has dried to a small audience of gamers that would probably trade in their souls for a one-way ticket to the land of the rising sun.

But not all is dead, and in fact coming in July is such a title drenched in that fantastic only the Japanese could pull off such a thing sense, a combat-driven adventure game called El Shaddai: Ascension of the Metatron. Okay – that’s check one box in the “Made from Japan” identifying list for “crazy long name,” and then… check another box for “out of this world visuals” – beautiful ones I might add.

Yes, the super-abstract presentation that is El Shaddai is brought to by the talented Takeyasu Sawaki, who was the character designer behind two pretty cool games, if I dare say so my self – Devil May Cry & Ōkami for the PlayStation 2. That is quite the pedigree, which certainly shows itself when you see video of El Shaddai in full motion.

Noticeably so, the game has a strong focus on both action and platforming – in both 2D and 3D – with the action side of things revolving around the main concept of stealing holy weapons from enemies, each with their own special divine upsides (like being able to float in mid-air) and downsides (breaking when taking on too much stress.) 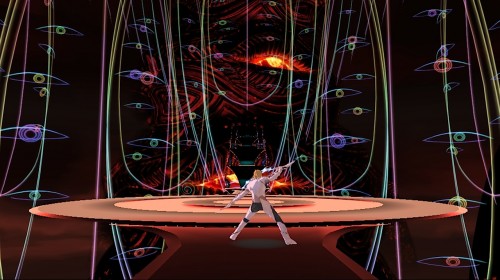 As for the plot – loosely centered on the Book of Enoch, a Jewish biblical text that is dated from about circa 300 BC, El Shaddai has gamers playing the role of a priest named Enoch (who loves himself a good-looking pair of jeans) as he is tasked by Lucifel (spoilers – he becomes the devil) to defeat seven fallen angels to prevent a great flood from destroying all of mankind.

Oh for all you checking lists, you may finally mark off the box for “epic story using religious imagery.” 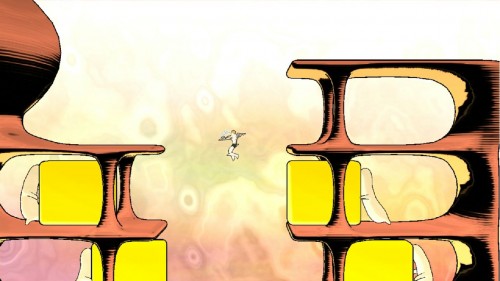 If love Japanese games in general – and I don’t mean the ones made my Nintendo – I mean the same topsy-turvy style you can find in most Anime, then I wholly (or do I mean holy?) recommend El Shaddai, coming to the PlayStation 3 (and Xbox 360) this July 26 in North America.

Although don’t take my teachings as the only truth, try out the demo on the PlayStation Network to see if the game is right for you. Hmm — who knows, you might also have a new PlayStation 3 console to play it on too!