Lara Croft is back again, in an origin story coming in 2012 that changes things up in a major way for the long-standing series from Crystal Dynamics. 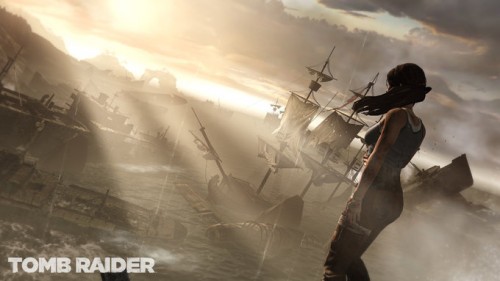 Out of the many reboots (and there’s been more than one) the Tomb Raider series has received, the upcoming multiplatform installment of the action-adventure series starring Lara Croft, simply titled Tomb Raider, has to be the most radical in the bunch.

Where previous Tomb Raider games took their theatrical elements from say Steven Spielberg’s lighter-toned Indiana Jones’ flicks (Uncharted 3 says hello,) the 9th iteration in the series, as a gaming writer described so well on a podcast, goes the way of Neil Marshall’s The Descent — resulting in a much much overall darker gritty feel, which is outstandingly evident once you see the following E3 trailer.

Extreme changes like these to such established figures, especially as one so well-known to veteran gamers as Lara Croft, can take a direct nose dive to certain doom and gloom if not handled carefully in its presentation. And even more so for a headlining heroine, where the realm of videogames are concerned.

More often then not, the videogames industry doesn’t quite put its best foot forward when trying to depict the opposite sex as anything other than pretty eye candy or defenseless damsels in distress — I won’t name names. Cough Duke Nukem Cough.

Honestly it’s one of many compelling reasons, why I for one, will be keeping a close eagle eye on Tomb Raider to see if the development team down at Crystal Dynamics is able to pull off an action title that truly captures a genuine quality leading female character for once.

They’ll certainly have all the time in world to do it too, because the game won’t be out until Fall 2012 — a whopping 18 months from now. 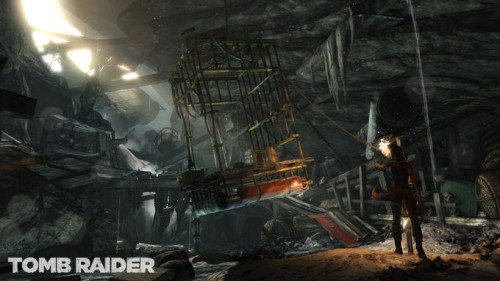 Which is kinda bizarre because Tomb Raider already looks freakin’ fantastic for a game only around 15 percent done. And gameplay while at first, disappointingly filled with annoying quick-time elements, is said to really focus on the true find the right approach on your own nature found in the first two Lara Croft games on the PlayStation. Good news indeed.