The co-creator of Crash takes a trip back to the early launch days of the Sony mascot to celebrate the series’ 15th birthday. 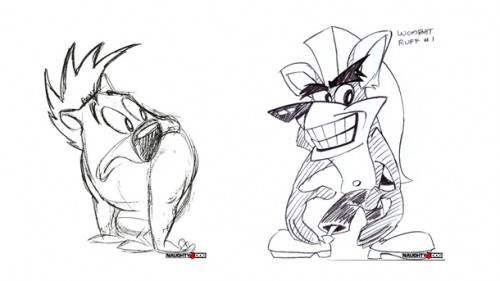 One birthday in August that sorely went missed, but I wouldn’t be cross if you forgot, was for Crash Bandicoot. It was 15 years ago that Sony’s own attempt at a flag-waving gaming console mascot, the likes to do battle against Sega’s Sonic or Nintendo’s Mario, debuted on the PlayStation One back in same month of 1996.

Today, the studio which birthed the wacky marsupial, Naughty Dog, has long gone on to do bigger and arguably better things – cough, cough, Uncharted. Ahem, excuse me. But for those who were there form the beginning, heck, when Crash wasn’t even Crash (he was first known as “Willie the Wombat” for much of the first game’s development), the creation of those early games will always be a special time, filled with warm memories and booze… Lots and lots of booze.

At least that’s the amusing tale for Andy Gavin, co-creator of Crash Bandicoot, who recently shared his own crazy experience about the first days of the original Crash, post release, which reads more like the movie Sideways, frankly. While at a launch party, Mr. Gavin fully remembers getting into a spirited technical discussion with the father of the PlayStation, Ken Kutaragi, while being presumably “drunk.”

Andy Gavin’s recount of his whole promotional trip really shows you how insane game launches can be (and the amount of alcohol it takes to get through it,) but it’s also nice warm-felt kick off to the real topic at hand, Crash Bandicoot’s 15th birthday. Below in the comment section of his blog entry are wonderful messages left by tons of fans, telling their own passionate stories of why they love the series so much.

I would totally recommend reading them; there are a lot of sweet words for Crash. And if you like, you should certainly add a few of your own — heck even go download some of the ‘PSone Classics’ versions from the PlayStation Network — as a remembrance for one of the PlayStation’s very first big tent-pole properties.

Via: All Things Andy Gavin