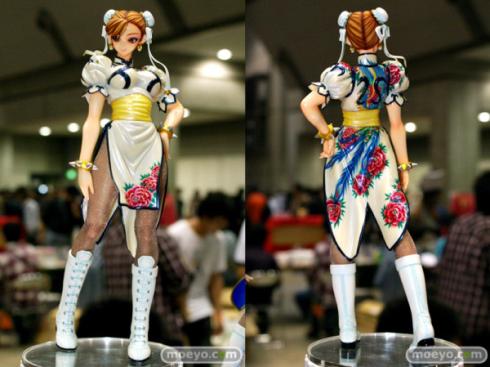 Chun Li, the bombshell from Street Fighter has already acquired the name of being the hottest lady of Fighting Games. In Chinese, her name means “Goddess Beauty” and she certainly looks like that, with her blue dress making her look like she is some kind of demi-god.

While she tries to avenge her father’s death, fashion pundits have begin to wonder if it is getting a little tiresome to se her in the same old blue dress. Thus, Japanese figure maker MERSA has dress Chun Li in something totally radical. With bright red flowers and white blouse that accentuates her bosom, Chun Li looks almost like the woman of street instead of being a “Street Fighter”. 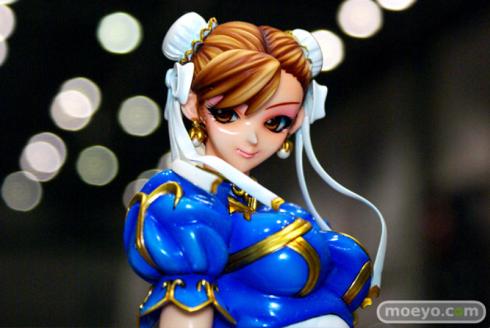 I particularly find her white ribbon and puffed sleeves reminiscent of 19th century “working girls”. Nevertheless, it is nice to see her in an outfit different from the one we always see her in. Moreover, this might also indicate that in future sequels, she might take on a really hot avatar. In fact, if you visit the original Japanese Site, you would notice that Chun Li has been dressed in one of the most NSFW ways ever possible. Perverts might like to check that out too!

I would say, whether or not Chun Li wears revealing dress, she still is one of the hottest gaming characters ever to have graced our consoles. While Chun Li is hot enough, you would also want to satiate your primeval urges by checking out Yamato’s Cammy Statues, which sizzle the figure lists. If you would rather check out a Ryu, there are some really cool Ryu Clay Sculptures which you would most definitely love.