Lights, sounds, and action! The creator of Rez, brings us the spiritual successor to that game with Child of Eden, coming to the PlayStation 3 September 1. 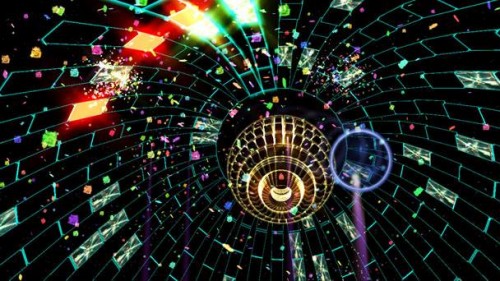 You’re traveling through another dimension, a dimension not only of sight and sound but of mind; a journey into a wondrous land whose boundaries are that of imagination – next stop, the rhythm-action game Child of Eden, appearing from its twilight zone of Xbox exclusivity to the PlayStation 3 September 1.

And if you’re looking at the first image of Child of Eden above, thinking that it’s unlike any game you’ve seen this year – you bet your sweet bippy! It’s a 70’s hippy trip of lights and sound that can only be seen in person to be perfectly explained – which indubitably – could truly have been created by the same wonderful man that introduced Rez, a similar explosion of laser lights and house music, for the PlayStation 2 in 2001.

That man’s name is Tetsuya Mizuguchi, a former Chief Creative Officer at Sega, who while being employed there worked on other great gaming jewels such as Sega Rally Championship, and Space Channel 5. With Child of Eden, Mizuguchi works his out-of-left-field magic once again to make a game like no other. 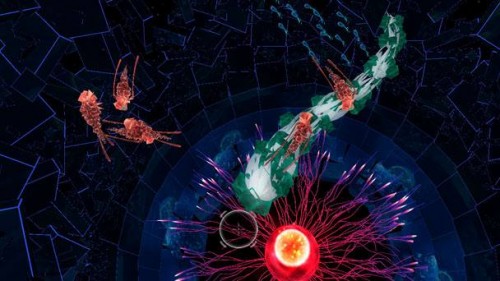 Child of Eden rather simple when it comes to gameplay – and it’s probably one of the best things about the game. You basically shoot various objects that come onto the screen, using two types of attacks to destroy them – either between a lock-on function, or a vulcan cannon which shoots a constant stream of bullets.

Also with every exploit that you do in Child of Eden, the game ties it to visual stimulation, with enemies exploding into musical effects that add a pleasant accompaniment to the overall soundtrack. And more than ever, that’s the icing on this crazy kaleidoscope cake, an experience you’ve never seen with music that is ear-catching fantastic.

With the PlayStation 3 version of the game, comes PlayStation Move support – a happy medium, I think, between the Microsoft’s Kinect impactful acrobatics and the standard controller’s precise targeting. Although, just like that version, you can use either motion control or DualShock 3, so no worries there.

I would also think though, that if you’ve been looking for another excuse to bring out that seldom used Move controller (besides No More Heroes or anything else that’s using a SharpShooter attachment,) Child of Eden would be the perfect fit. That, along with the visual splendor the game sends its player on – well it’s an experience not to be missed when the game hits retailers on September 1 in North America.