The incredibly addictive FPS with RPG mechanics is back, and stronger than ever! Join us while we discuss what makes this second entry on the series so awesome. 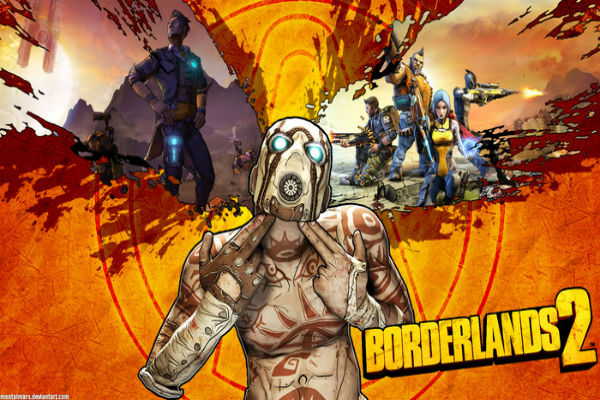 Oh, how long we’ve waited for this. As gamers, few things become more addictive and fun that random exploration, quick rewards, and an over the top, quirky style that is both funny yet cool looking. The original Borderlands had all you could ask of it, it was perfect for what it was (although we could argue it turned a bit repetitive, but hey, this weapon does 124 damage instead of 122! We might as well explore for a little longer!). Now part 2 comes along promising us the same rewarding experience along with new adventures, monsters, characters, and stuff to laugh at. Borderlands 2 came out just now, and we think it is everything a fan and just gamers in general could hope it’d be.

The game features four entirely new classes, the Gunzerker, Siren, Commando and Assassin, and each one has a new ability: Gunzerkers get to dual wield weapons, while Sirens use magic spells to attack. The Commando creates turrets, and tries to use the terrain to his advantage, while the Assassin creates decoys of himself and turns invisible. The abilities are reminiscent enough of the style seen in the original Borderlands yet different enough so we feel we’re experiencing something entirely new. Every class is fun to play as, but besides that one special skill they have, the bulk of the game is still shooting and dodging attacks while trying to find loot. And that is still so rewarding…

After the relative disappointment that Diablo 3 turned to be, we’re glad to see a game understand that finding stuff can, and should be fun, and a motivation enough to quest, explore, and blast your way through places and enemies, big and small. The story is nothing to write home about, but the characters are charming and quirky enough that gamers won’t be annoyed as they struggle through the game’s world.

All in all, people should know that when acquiring Borderlands 2, they’re getting exactly what they’re paying for: the same experience from 1, but greatly improved, less monotonous, and incredibly rewarding and funny. Borderlands, with its fast paced gameplay, incredible style, and permanent stimuli to your sense of wonder shall keep you glued to the screen for many hours to come, definitely one of the games to look out for this year.

You might also want to check out some of our other stories at A Portable PS3?! Sort Of, Thanks To Android and Sony Introduces HMZ-T1 Personal 3D Viewer.