BlueMaemo is a Powerful Transformer Program for PS3 Control

Multiple gadgets in one, is the one thing gadget geeks love. The first thing you would look at while buying a hi-end gadget would be how many different applications can it run at the same time, how many different gadgets can it imitate and how many other gadgets is it compatible with. The latest in technology to satisfy this thirst for more multi tasking gadgets is Blue Maemo. Blue Maemo is a software platform consisting of a Maemo OS and a Maemo Software Development Kit. It has been developed by Nokia for its hi-end phones and internet tablets. It is based on an open source code and thus works along with Linux kernel or Debian. 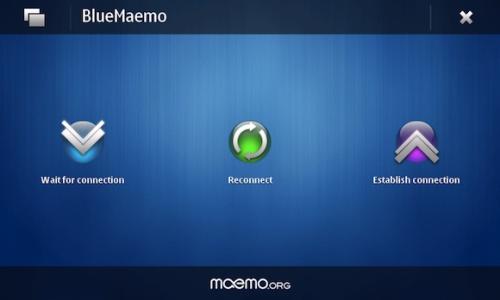 Blue Maemo is the latest in Maemo devices, it is a remote controller program for devices which run the Maemo software. And so it can convert the Nokia N900 into a gamepad, a media remote and also a Ps3 controller. Be advised that the controller program is still in its initial stages and can cause your phone to hang or crash. How the application actually works can be seen in the following Italian video, do try and figure it out…

If you are looking at more PS3 controllers then you should also take a look at the  MadCatz wireless Ps3 controller and the PS3 wand controller.