Sega’s upcoming squad-based third-person shooter might have a silly name, but its gameplay is serious. Seriously good looking. 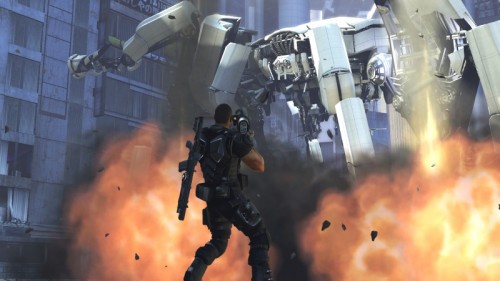 When I first heard of this game’s title, it didn’t instill the greatest confidence of something that I would have much interest in playing. Seriously, Binary Domain? Really? Sounds like a course in college that I probably would of avoided like the plague, honestly.

Thankfully, that’s what’s gameplay trailers are for. Because once I saw the Tokyo Game Show footage of the Sega published game, I instantly needed to know more about it, and even more importantly, a cool way of describing it to you, the audience. Hmm… the best I came up with was a Terminator movie (not that horrible fourth one) meeting a cover-based third-person shooter designed by the awesome internal Sega team who created the Yakuza series.

I don’t know about you, but the thought of such a scenario makes me “get excite” times one million, plus two for good measure.

Just in case you couldn’t catch what was being said through out that video, a couple of interesting Binary Domain features were being advertised, the first being the Consequence System. Actions taken through out the game — the way you complete missions, the way you interact with individual members of your task force, issuing commands using buttons or voice via headset — all shapes trust amongst your squad-mates. 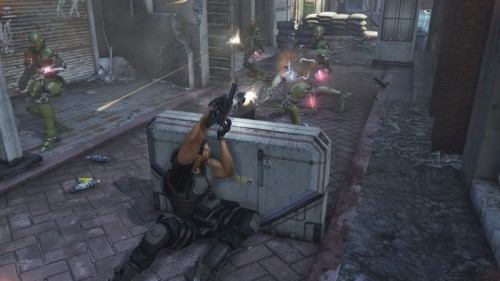 This then effects the actions they take on the battlefield in regards to you. For example, if you become a good squad-leader, the chances are your squad will actively follow and better help you in tough situations, like taking out a sniper or offering cover fire.

Sounds quite amazing. And hopefully the the Yakuza team will be able to pull this off by the time Binary Domain makes it’s February 7th, 2012 release date (a long wait indeed,) because it has the makings of a sleeper hit. Which is a term you definitely can’t use on a game like The Elder Scrolls V: Skyrim, coming soon to gaming consoles this November.