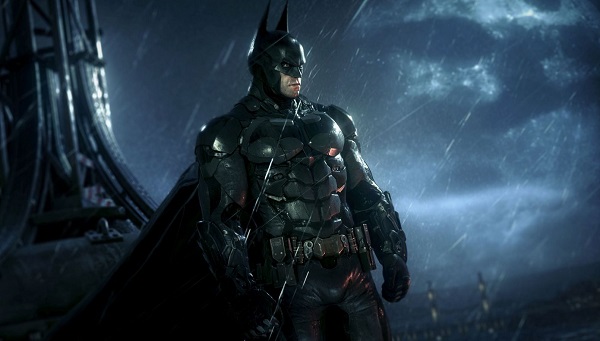 It’s unlikely that you’ll find many people criticising the upcoming roster of PS4 titles for not being ambitious enough. From Destiny’s persistent, connected open-world to The Witcher 3: Wild Hunt’s supernatural RPG setting which is set to be even bigger than that of The Elder Scrolls: Skyrim, games are getting even bigger to show off the graphical chops of the PS4 and its 8GB of RAM and its processing power. And who can blame developers for wanting to show off their talent? You can’t, really, especially when devs like Rocksteady Studios are using an open-world for Batman: Arkham Knight, the last game in their Batman trilogy, with things such as a driveable Batmobile providing a very good reason for that setting. However, it may be a while until we see that open-world setting yet as the game has now been delayed until 2015.

The news comes after Rocksteady team member Dax Ginn told Kotaku under embargo in May that the game would be delayed in order to ensure its quality. The quote from Ginn which the publication has now released is below,

“Now Batman: Arkham Knight is totally awesome. The thing about awesome, though, is awesome takes time. And totally awesome takes a lot of time. So in collaboration with our colleagues at Warner Bros Interactive Entertainment and DC Comics, we have decided to extend the development time of Batman: Arkham Knight. Now, the very simple reason for doing this is to ensure we are delivering the awesome level of quality that Batman fans and gamers expect from this, the final episode and the epic conclusion to the Rocksteady Arkham trilogy. The Dark Knight will face his ultimate challenge in Batman: Arkham Knight now to be released in 2015.”

While the delay will be a disappointment for some, few people can argue that if a delay is being made in an effort to make the game better than it surely must be a good thing especially as Rocksteady’s Batman games (they also worked on Batman: Arkham Asylum and Batman: Arkham City) are known for their quality and so the dev team and fans alike would undoubtedly want even more of that. It’s unclear just when in 2015 the game will be released but we’ll keep you posted once we know more.