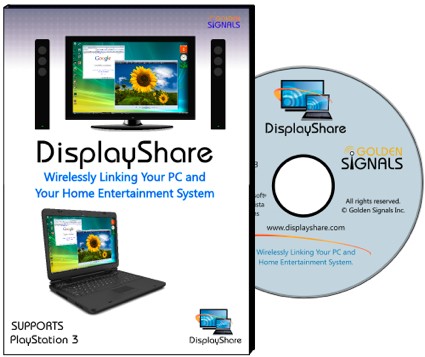 A new application, the Display Share, will allow you to stream PC desktop to your Television using the PS3. This comes as good news to Anime fans who had a lot of trouble because of PS3 does not support .mkv. The application was launched by Golden Signals and tackles the issue of encoding videos wireless.

You would just need to check the video section in your XMB and you would see your PC there. The app costs $50 and gaming may cause considerable lag, hence sticking to videos is a better idea. However, the HD quality may take a beating though it should not happen always.

Perhaps this is your answer to finding an application that links your PC to your Home Entertainment System while supporting PS3. If you are not willing to spend $50, TVersity is a free app that many swear by, and helps in making the video work on PS3 even if PS3 does not support. Display Share works only on PCs and not on the Mac.