Whoever claimed an early death to Sony’s latest handheld clearly wasn’t paying attention to what was just going on in Germany. Welcome to our recap, focused on the PS Vita. 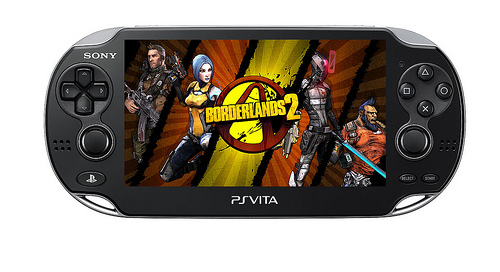 The presentation Sony hosted at Gamescon in Germany brought a breath of fresh air to the Vita community, who was striving for news after a rather underwhelming E3. And now, we are happy to bring some of these hot news for you. Quick, before they cool down!

The PS Vita has received a price cut all across the board, and now costs $199.99 USD in North America and €199 in Europe. The price cut also affects memory cards, and now it’ll probably be $80 for 32gb cards, as that’s what gamestop has dropped them to. That’s about 20% less, which is not bad at all.

You wanted console experiences, big name WRPGs on the Vita? Gearbox listens, and Borderlands 2 will receive a Vita port which everyone should be excited about, because the game is simply incredible.

Two beloved titles the PC Gaming Community has been talking about for a while are Sega’s Football Manager series, which now comes out for a handheld for the first time, and Rogue Legacy, an incredible dungeon crawler that is sort of a 2-d equivalent of Dark Souls.

The Sony team showed some of what the Vita can do along with the PS4, and how it can basically work as a separate controller, with its own screen and all, akin to what Wii U users can already do with their gamepads.

Murasaki baby is a Vita exclusive that has been built from the ground up thinking of the possibilities of the Vita. Seems to be a pretty creative and artistic adventure title which fans of Limbo and Machinarium should enjoy.

Bigfest is an upcoming free-to-play title, where users will create and manage music festivals, and even share those with their friends. The game promises the possibility of discovering real bands while you play, as well!

This is the follow-up to the cult indie-hit Binding of Isaac, and will be released in 2014. It will be free for Europeans with PS Plus, and maybe Americans too (still waiting for confirmation).

New game from the creator of Thomas Was Alone

The game is called Volume, and you should be excited as the creator is the man behind Thomas was Alone, one of the most charming indie hits of the last year, and an incredible display of characterization in video games.

Rime is a title by Tequila Works, which will be released for both PS4 and PS Vita, and it looks simply gorgeous. From the trailer, we can only assume it’s an adventure game with puzzle elements that seems to borrow from Legend of Zelda: The Windwaker and the beloved PS2 classic Ico.

Hotline Miami 2 is the second entry in the series, and one of the greatest success stories in the indie community. While the game has rather divisive gameplay and story, which some people love and some others not so much, its soundtrack is considered a landmark of what it is to release a vibrant, incredible title. Hotline Miami 2 will make its console debut on PS4 and PS Vita next year.

Are you excited yet? Tell us all about it in the comments section. Also, see more stories at Grand Theft Auto Online Revealed, Could Come to PS4 and 12 GB $199 PS3 Is The Cheapest PS3 Yet.