Media Molecule’s PlayStation Vita exclusive signs, seals, and delivers its latest trailer that is sure to warm your heart on first sight. 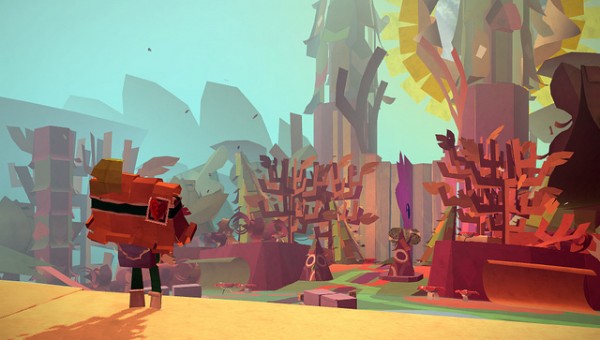 Tearaway is special… a special delivery. And I mean that with full sincerity despite my lame attempt at being cheeky with the game’s paper-craft trappings. I truly believe the magic pouring through every screenshot I’ve seen of the PlayStation Vita platformer from Media Molecule. The landscapes, characters, and moments in between really spring to life in a spectrum of colors that is sure to be greatly highlighted on the Vita’s OLED screen.

Don’t just take my word for it, though. This week Media Molecule issued a new trailer this week that only proves my point further. Watch and listen as the team of developers behind the third-person adventure romp explain the construction of Tearaway’s story, art, and music. The game tries to glue together some interesting controls along with its motifs, all of which take use of the PlayStation Vita’s many features: touch-panels, gyroscope, and cameras.

From the looks of things, Tearaway seems to manage these points of user interaction in a kid-friendly, gamer-approved manner that should be a delight to play. And you won’t have to wait long to do so either, the game debuts on Sony’s handheld on November 22 in North America and Europe. If memory serves me right, that’s a pretty crowded release date. Although, I’m pretty confident that Tearaway has enough overwhelming charm on its own to standout.

Keep it here on PS3Maven for more PlayStation Vita news. We’ve got an unboxing of the new PlayStation Vita 2000 model that just released in Japan, and on the PlayStation 4 side of things, find out what current PS3 exclusive titles will be making the jump to the next-fen platform when it launches here in states.