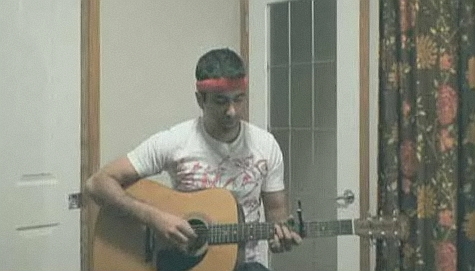 If you thought sentimental and romantic music was not really connected to Street Fighter 4, think again. A corny person has written and composed a song for his beloved Street Fighter 4. The song is a mellow and acoustic track that rarely picks up speed or zest. Nevertheless, it is as soothing and slow as a nineties love song with soft guitar strumming.

This song is all about the man’s undying love for Street Fighter 4 moves, Hadoukens, bitch slaps and Shoryukens. The singer himself has admitted to being addicted to this cool game and thus justifies the sentimental song he sings. However, the song is certainly not something you would expect from a Street Fighter fan, and I would have expected an Indie track, instead of this acoustic and sappy song.

Imagine singing this song with all the Street Fighter 4 fans, before beginning to play with each other! I would say it would be the goofiest thing to do, though I wouldn’t be surprised if this song became a chart topper. What strikes me is the similarity of the tone and music to love songs which are sung to human lovers. If the love a gamer has for Street Fighter 4 is any different from the love one treasures towards a human companion, is something to be discussed.